Virender Sehwag wished Dale Steyn on his 35th birthday in his typical style. 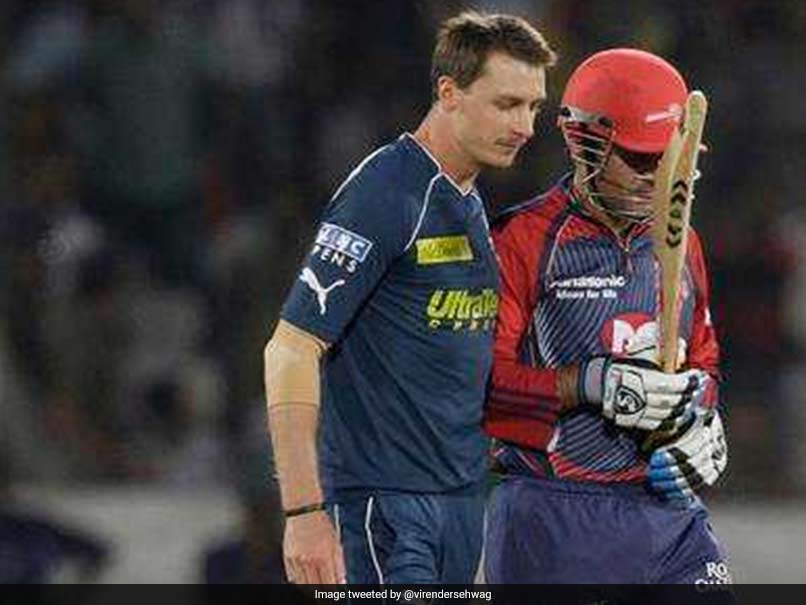 Dale Steyn has been included in Proteas squad for Test series vs Sri Lanka.© Twitter

South African speedster Dale Steynturned 35 on Wednesday and messages and wishes poured in from all quarters. As fans, along with fellow team mates showered greetings on social media, Steyn, one of the most lethal bowlers of the modern era, also received praise from one of India's greatest openers, Virender Sehwag. The 39-year-old Sehwag, who is well known on Twitter for his unique ways of expressing his thoughts, wrote, "Whenever you think of the most dangerous bowlers in the world @DaleSteyn62 ka sthan sada rahega. Whenever Steyn bowled, the grass always seemed greener than what it was. Happy Birthday Steyn Gun !"

Whenever you think of the most dangerous bowlers in the world @DaleSteyn62 ka sthan sada rahega. Whenever Steyn bowled, the grass always seemed greener than what it was. Happy Birthday Steyn Gun ! pic.twitter.com/twZeuoFNBq

Born in Phalaborwa, South Africa, 35-year-old Steyn has been one of the greatest ambassadors to cricket for South Africa. In 86 Tests played for the Proteas so far, Steyn has picked 419 wickets at an average of 22.32.

He is currently at number ten spot in the list of all-time leading wicket-takers in Test cricket. With three more wickets in the bag, Steyn will surpass South African legend Shaun Pollock (421) to become the highest wicket-taker for South Africa.

Steyn has also played 116 ODIs for South Africa clinching 180 wickets for his team. In the 42 T20I, Steyn has picked 58 wickets as well.

He last played for South Africa in Test series against India at Cape Town in January before he had to step out of the field with an injury. Currently, Steyn is in England playing county cricket for Hampshire, looking forward to making a comeback in the national team ahead of 2019 cricket World Cup.

South Africa Cricket Team
Get the latest updates on ICC Women's Cricket World Cup 2022 and IPL 2022, check out the Schedule , Live Score and IPL Points Table. Like us on Facebook or follow us on Twitter for more sports updates. You can also download the NDTV Cricket app for Android or iOS.