Virat Kohli's pose in the 'dinosaur walk' video shared by Anushka Sharma, has become the new favourite for meme makers. 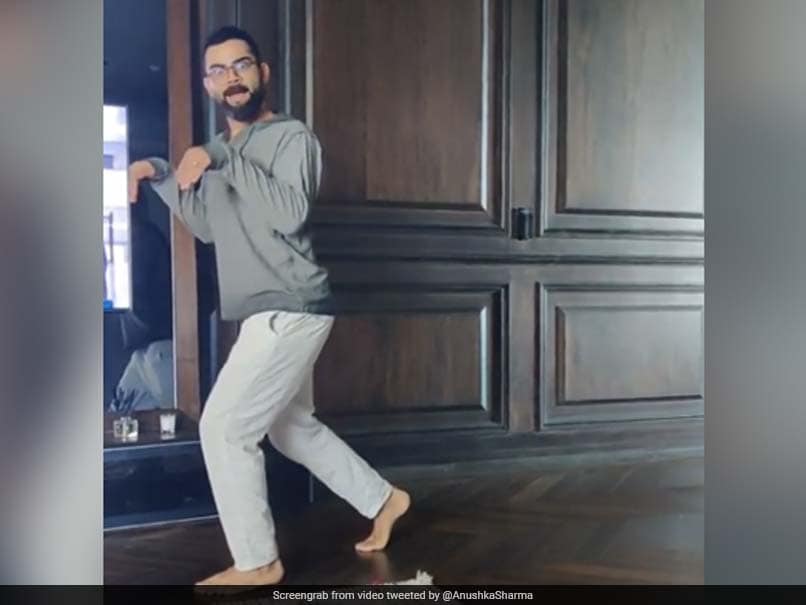 Virat Kohli and wife Anushka Sharma have kept their fans engaged through various social media platforms, more so on Instagram. Anushka has been the chief architect for many of the Instagram videos that have come our way. But her latest video post undoubtedly takes the cake and users on Twitter seem to think so too. On Wednesday, the Bollywood star had shared a video of Virat Kohli going full prehistoric. The Indian captain is seen walking across his room like a dinosaur and even letting out a primal scream, which scarcely resembled a dinosaur.

I spotted .... A Dinosaur on the loose pic.twitter.com/mrYkICDApw

Days after the video went online, Kohli's 'dinosaur walk' has become the new favourite for meme makers and an absolute rage on Twitter.

Just incase you don't know from whom Virat Kohli learned the Dinosaur's move, it was Ross Geller @imVkohli @FriendsTV pic.twitter.com/zDWERZim7V

Kohli and Anushka have been spending quality time together amid the coronavirus-enforced lockdown and were even spotted playing cricket together recently.

Anushka hilariously called Kohli "jhootha (liar)", as Kohli tried to make excuses for why he had fallen asleep on the sets of one of her films.

Kohli has also been working out rigorously during the lockdown. His recent video where he is seen lifting weights impressed his Royal Challengers Bangalore (RCB) teammate and close friend AB de Villiers, as well as his fans, impressed.

The superstar batsman was slated to lead RCB in the 13th edition of the Indian Premier League, but the cash-rich league has been postponed indefinitely by the Board of Control for Cricket in India (BCCI). The tournament was initially scheduled to start on March 19, but was first postponed to April 15.