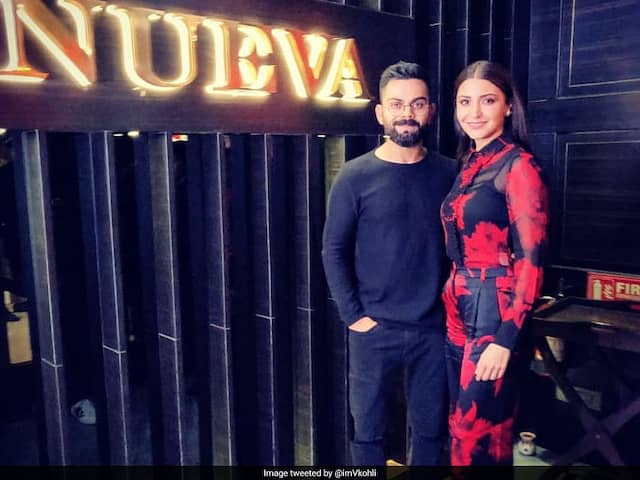 Virat Kohli and Anushka Sharma, who have been married for over a year now, spent their second Valentine's Day eve together as a married couple with a dinner date at Nueva, the cricketer's restaurant in Delhi. Keeping their tradition on, both Virat Kohli and Anushka Sharma posted pictures with adorable captions at the same time. "About last night with my valentine. #greatmeal #nueva #loveit @AnushkaSharma," Virat Kohli captioned his picture with Anushka Sharma. However, the Bollywood actress posted a series of pictures from the couple's recent vacation in New Zealand and wrote, "over is beyond and above everything. The only thing that's real . It's all encompassing and beyond the reach of the mind. Happy Valentine's day to all"

Love is beyond and above everything. The only thing that's real . It's all encompassing and beyond the reach of the mind . Happy Valentine's day to all

In the last two months, social media was flooded with pictures of India's most beloved couple as Anushka Sharma accompanied Virat Kohli on Team India's tours of Australia and New Zealand.

On many occasions, the actress was spotted at grounds in Australia and New Zealand rooting for Virat Kohli and his team.

On the cricket front, Kohli is expected to return to lead India after having been rested for two ODIs and the T20I series in New Zealand.

Moreover, the 30-year-old was also named the captain of the ICC Test Team and the ODI Team of 2018.