Virat Kohli refused to renew the Pepsi contract which ended in April this year, saying at the time that he would not ask people to consume something that he himself does not. 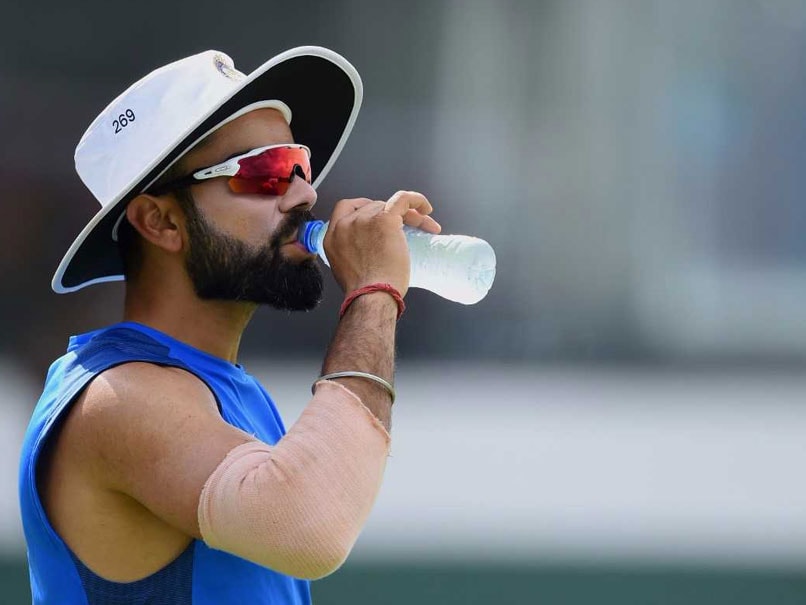 Keen to be seen as a socially responsible youth icon, Indian cricket captain Virat Kohli has stopped endorsing soft drink maker Pepsi and fairness products because of their association with junk food and racism. The 28-year-old swashbuckler is among the most sought after for endorsements but Kohli has decided that he would lend his name only to brands which he himself uses and believes in, people in the know of his endorsement deals said on Saturday. The first casualty of this principle has been his association with Pepsi, a company he had been endorsing since 2011.

Kohli refused to renew the contract which ended in April this year, saying at the time that he would not ask people to consume something that he himself does not.

Kohli has time and again endorsed healthy lifestyle, which has been key to his awe-inspiring fitness levels and endorsing a soft drink certainly appeared to be a contradiction.

While Kohli's management firm Cornerstone refused to answer queries on the matter, a market insider, who has worked closely with the Indian captain on brand deals, said he is now more aware of his social responsibilities.

"Virat also no longer endorses fairness creams or products of that genre. Virat has risen through the ranks by virtue of talent and hard work," the official, who has worked with Kohli told PTI.

"The fairness products which relate one's success with skin tone is something that goes against the values for which Virat stands," he added.

Industry experts also feel that since Kohli is currently the brand ambassador of global nutrition company 'Herbalife', which deals in nutrition and weight management care products, it is only appropriate that he picks his other endorsements carefully.

Herbalife also has sports drinks on their product list.

"If Virat is endorsing health products of Herbalife, endorsing any junk food or fizzy drinks contradicts with his image also," said another image consultant, who has worked with top celebrities from all walks of life.

Currently, Kohli charges Rs 4.5 to Rs 5 crore per day for a brand. For any celebrity, the per day charge could mean either shooting for the brand or making appearances.

Pepsi did not say how much it paid Kohli for endorsing the brand. But it is known that he has over Rs 100 crore deals with sports goods major Puma and tyre manufacturers MRF.

Puma makes make all the customised merchandise for Kohli, just like it has done all these years for sprint king Usain Bolt.

Comments
Topics mentioned in this article
India Cricket Team Virat Kohli Cricket
Get the latest updates on India vs Australia and check out  Schedule, Results and Live Score. Like us on Facebook or follow us on Twitter for more sports updates. You can also download the NDTV Cricket app for Android or iOS.