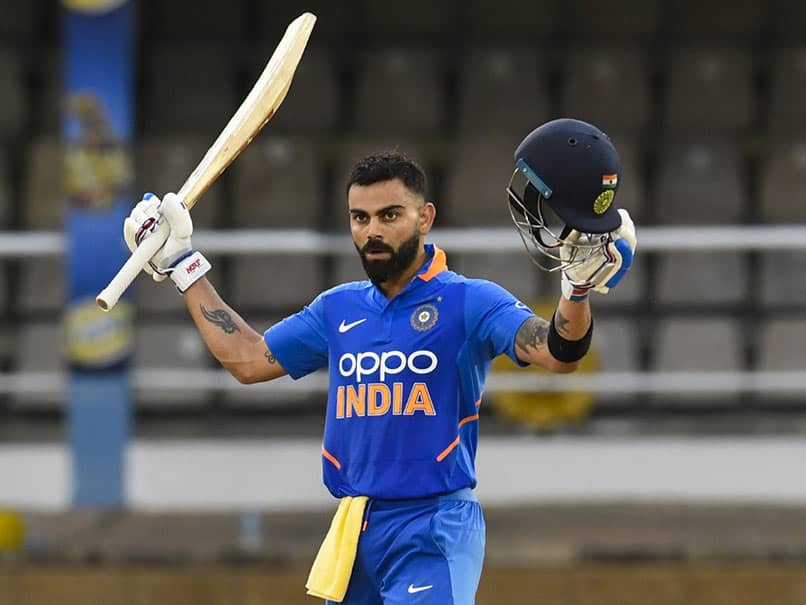 Virat Kohli will become the youngest cricketer to have a stand named after him.© AFP

Virat Kohli has added another feather to his cap as the Delhi and District Cricket Association (DDCA) have decided to name a stand at the Feroz Shah Kotla stadium after Virat Kohli on Sunday. Virat Kohli is currently in the West Indies for the two-Test series that will mark India's World Test Championship campaign. "Virat Kohli's outstanding contribution to world cricket has done DDCA proud. We are happy to honour him for achieving certain milestones and for his unbeatable captaincy record," DDCA President Rajat Sharma was quoted as saying by IANS.

"DDCA president @RajatSharmaLive and Apex Council decide to name one Stand of Ferozshah Kotla stadium as 'Virat Kohli Stand' in honour of his achievements," a tweet by DDCA read.

Kohli will become the youngest cricketer to have the honour of a stand being named after him. Delhi cricketers Bishan Singh Bedi and Mohinder Amarnath have stands named after them in Kotla, but those were done after their retirement.

Virender Sehwag and Anjum Chopra are the other Delhi cricketers who have gates named after them. The Hall of Fame is named after former India captain M.A.K. Pataudi.

"I'm sure the 'Virat Kohli Stand' will be a source of inspiration for Delhi's young cricketers. We are also delighted that Team India is not only led by a Delhi player, but it also has an opening batsman (Shikhar Dhawan), a wk (Rishabh Pant) and a lead fast bowler (Ishant Sharma). It's a matter of pride for DDCA to felicitate the entire national cricket team and coach Ravi Shastri," Sharma further said in the tweet.

The DDCA will felicitate the Indian team members at the Jawaharlal Nehru Stadium on September 12.

Virender Sehwag
Get the latest updates on India vs Australia Series, check out the India vs Australia Schedule for 2020-21 and Ind vs Aus live score . Like us on Facebook or follow us on Twitter for more sports updates. You can also download the NDTV Cricket app for Android or iOS.