Ravi Shastri "Chilled Out", Not Bothered About Someone Sitting At Home And Trolling Him, Says Virat Kohli 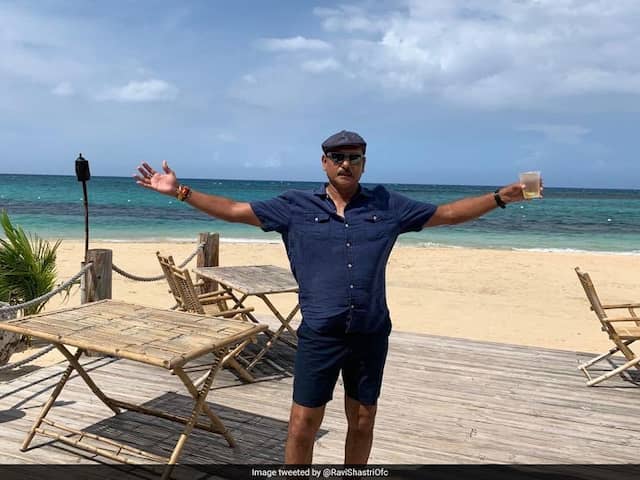 Virat Kohli hit back at critics of India head coach Ravi Shastri, saying that his relentless trolling on social media is "agenda driven". The 57-year-old has become a victim of social media trolls time and again for his lifestyle and flamboyant nature. According to India captain Virat Kohli, Ravi Shastri has proved himself as a player in past and now he is not bothered about someone sitting at home and trolling him. "I think most of these things are agenda driven and I don't know whose, why, what for, but to accept lies in that manner, it couldn't be anything but agenda driven," Virat Kohli told India Today.

The India skipper added: "... In Ravi bhai's case, luckily, he is a person that doesn't care at all."

Kohli asked Shastri's critics to face the fast bowlers with "courage" and "without helmet" like the former cricketer and then come for a debate.

Shastri started his career as a slow left-arm spinner but worked on his batting techniques to move up the order and open the innings for India. He was bestowed with the Champion of the Champions Award in the 1985 World Series Cricket.

Highly impressed with Shastri's average of 41 as an opener, Kohli said: "(Promoted from) number 10 to opener and got an average of 41 as an opener, he is not going to be bothered about someone sitting at home and trolling him, because if you want to troll a guy who has done that, then get up, face those bowlers, do what he has done, have the clarity to do it, have the courage to do it, then have a debate with that guy."

"He is absolutely chilled out, he says our only focus is how we can be the best team of all time. I think these petty things on the outside, they don't matter at all to him," he added.

Under the captaincy of Kohli and the coaching of Shastri, India recently swept a two-Test series against Bangladesh to claim a third consecutive whitewash in the longest format.

Virat Kohli Ravi Shastri Cricket
Get the latest Cricket news, check out the India cricket schedule, Cricket live score . Like us on Facebook or follow us on Twitter for more sports updates. You can also download the NDTV Cricket app for Android or iOS.
Advertisement