Kumar Sangakkara termed both Virat Kohli and Rohit Sharma as two of the best players of the modern era. 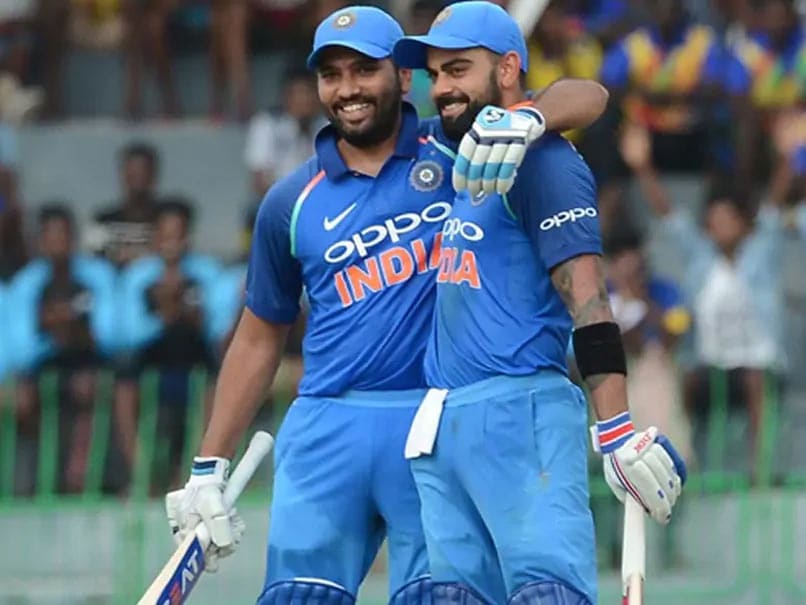 Virat Kohli and Rohit Sharma are two of the most prolific batsmen in world cricket.© AFP

Virat Kohli and Rohit Sharma are two of the most prolific batsmen in world cricket for the past several years. Kohli and Rohit have carried the Indian team on their shoulders, scoring runs across formats. Former Sri Lanka skipper Kumar Sangakkaratermed both of them as two of the best players in the modern-day game. According to Sangakkara, what makes the Indian duo stand apart from the rest is their ability to play orthodox cricket shots and to change gears to be absolutely destructive whenever needed.

"If you take the modern-day game, India has two of the best players in Virat Kohli and Rohit Sharma, who play orthodox cricket but who are just absolutely destructive in any format of the game," Sangakkara said on Star Sports show 'Cricket Connected'.

"You don't have to muscle the ball or put too much effort or look ugly doing it, they just play good cricket shots and results come," he added.

Sangakkara believes there is something special about both these batsmen and what's more astonishing is their consistency across all formats which they have managed to achieve despite playing non-stop cricket throughout the year.

"There is something very special about Virat and Rohit. That fact that rules have changed and maybe run-scoring might have become slightly easier in one-day cricket, but the fact remains that to be so consistent across all formats, he's so consistent in T20 cricket," said Sangakkara, who is also the president of Marylebone Cricket Club(MCC).

The former stylish left-hander feels that both Kohli and Rohit deserve "a lot of respect" as it is not hard for players like them to be at their best all the time, especially when they are playing so much of cricket.

Sangakkara said some credit for their success also goes to the Indian players who played the game before them and set examples with their work ethics. He added that the Indian team producing a defining pair in every era is a knock-on effect and Kohli and Rohit are the defining pair of the current generation.

"It's incredibly hard, the volume of cricket that India athletes play. So, I think you have to have a lot of respect for Rohit and Virat but understand that it's all because of the players that have gone before and have done all the hard work then as well. So, it's a knock-on effect, so in every era, there's always a defining pair and in the modern era, it's Rohit and Virat for India for sure," he explained.

Kumar Sangakkara Cricket
Get the latest updates on Fifa Worldcup 2022 and check out  Fifa World Cup Schedule, Stats and Live Cricket Score. Like us on Facebook or follow us on Twitter for more sports updates. You can also download the NDTV Cricket app for Android or iOS.