India rode on an unbeaten 141-run stand between Kedar Jadhav and MS Dhoni to win the first ODI by six wickets. 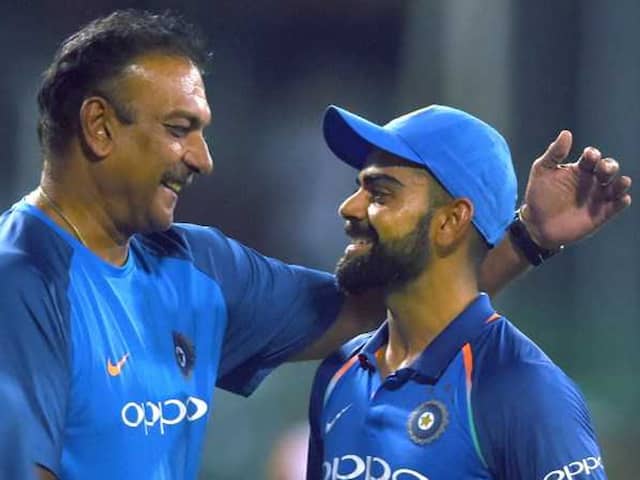 India were reduced to 99 for four but Virat Kohli felt that it was "good for the team".© AFP

The presence of powerhouses Virat Kohli, Rohit Sharma and Shikhar Dhawan makes India's top-order a force to reckon with. However, at times, when the top order fails to deliver, the onus is on the middle-order to step up and rise to the occasion. India's first One-day International (ODI) of the ongoing five-match series against Australia was one such occasion. Chasing 237 for victory, India were reduced to 99 for four but Virat Kohli felt that it was "good for the team" as it allowed the middle-order to step up and perform under pressure on a tricky track. "At 99 for 3 (India were four down), I was speaking to Ravi [Shastri] bhai, and I said this is good. These guys have to do it and they have to get us across the line. The way Kedar and MS took responsibility, it was great to see," Kohli said at the post-match press conference.

The hosts lost Shikhar Dhawan in the second over and from there on the skipper and his deputy Rohit Sharma added 76 runs before Adam Zampa dismissed Kohli.

Rohit was sent back by Nathan Coulter-Nile and Ambati Rayudu was dismissed for 13 by Zampa, leaving India wounded at 99 for four.

Then, India rode on an unbeaten 141-run stand between Kedar Jadhav and MS Dhoni, who made 59, to achieve the target in 48.2 overs and lead the five-match series 1-0.

Jadhav top-scored with an unbeaten 81 as India beat Australia by six wickets in Hyderabad on Saturday.

"We did a good job with the ball. The wicket didn't offer as much as it did under the lights, which was surprising. You have experience with MS and flair with Kedar who is also experienced now. That partnership was outstanding and it was more or less a complete performance. That set the platform," Kohli added.

The second match of the series will be played in Nagpur on Tuesday.

MS Dhoni Cricket India vs Australia, 1st ODI
Get the latest Cricket news, check out the India cricket schedule, Cricket live score . Like us on Facebook or follow us on Twitter for more sports updates. You can also download the NDTV Cricket app for Android or iOS.