Virat Kohli struck a rich vein of form in 2018. 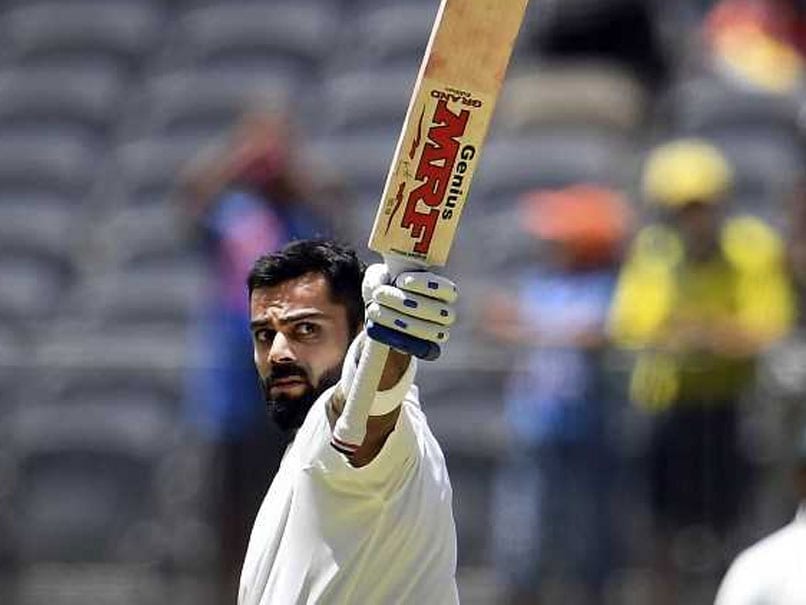 Virat Kohli, the Indian run-machine, was named captain of International Cricket Council's (ICC) Test and One-day International (ODI) teams of the year 2018 on Tuesday. The ICC award, selected by the Voting Academy comprising of former players, members of the media and broadcasters, honours performances during a calendar year and the Indian skipper led the country's domination in both the formats of the game. The 30-year-old, with 1,322 runs, five centuries in 13 Tests and 1,202 runs at an astounding average of 133.55 with six hundreds in 14 ODIs, was selected to both sides by every voting member. Moreover, the majority of voters also chose Kohli to lead the teams.

"Virat Kohli named captain of both sides following a remarkable 2018 as batsman and skipper," the ICC said in a statement.

"It has been an amazing year. I was able to play in a manner that I would not have imagined. If the intention is right and you keep working hard, the results are there in front of your own eyes. The intent has always to be helping your team at any cost, that is when these performances come by and you are pushing yourself to the limit, which you otherwise will not be able to. That is something I experienced in 2018 a lot." Kohli was quoted as saying by icc-cricket.com.

Congratulations to the ICC Test Team of the Year 2018!

Other that Kohli, fast bowler Jasprit Bumrah also features on both the teams.

Presenting the ICC Men's ODI Team of the Year 2018!

Kohli, who struck a rich vein of form in 2018, also ended the year as the top-ranked Test and ODI batsman in the ICC Player Rankings.

Kohli recently led India to their first-ever Test series and bilateral ODI series wins in Australia. Consequently, his side finished the year on top in Tests and number two behind England in ODIs.

India won six Tests and lost seven during the voting period that ran from 1 January to 31 December 2018 and included victories in South Africa, England and Australia.

In ODIs, Kohli led India to nine victories, with four losses and one tied match.

ICC Men's Test Team of the Year (in batting order):

ICC Men's ODI team of the year (in batting order):