Virat Kohli was recently subjected to Twitter backlash after asking a cricket fan to "leave India". 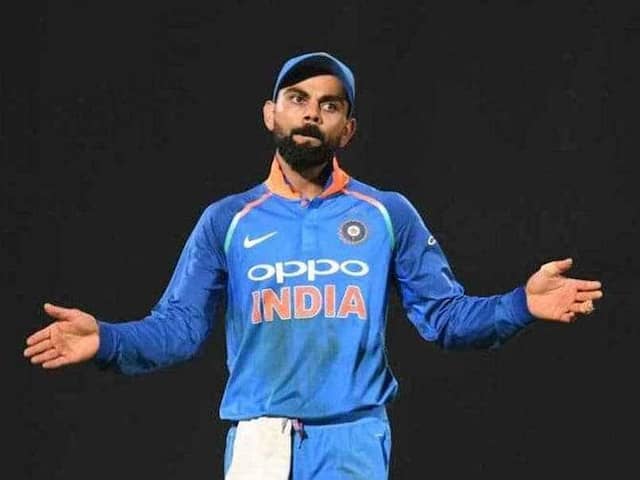 Virat Kohli has faced more than enough criticism after making the "leave India" remark to a cricket lover who confessed liking Australian and English batsmen over their Indian contemporaries. Now, speaking up on the issue, five-time former world chess champion Viswanathan Anand said that Virat Kohli "lost control" of himself while making the comment.

"I think he lost control. He got a bit emotional and he just said the first thing that came to his mind," said Anand. Sounding not too pleased at the manner in which Kohli replied to a fan's question in the video and drew immediate condemnation, Anand said Kohli would be the first to acknowledge that he also has fans abroad and they don't have to leave their countries.

"He must be the first to appreciate that he probably has foreign fans, and none of them have to leave their country and come to India (laughs)," he added.

"I think he was caught at a weak moment. That is the impression I get. He was feeling a bit sensitive and was not in the best mood maybe, and then this question came up. Then he lost control of it. The question was posed to him when he was not fully in control and he got a bit annoyed. It came across like that to me," the 48-year-old chess champion added.

Kohli took to Twitter later to clarify his point and explained why he had made the "leave India" comment.

"I guess trolling isn't for me guys, I'll stick to getting trolled! I spoke about how "these Indians" was mentioned in the comment and that's all. I'm all for freedom of choice. Keep it light guys and enjoy the festive season. Love and peace to all," Kohli had tweeted.

Asked if he stood by Kohli at a time the BCCI is reportedly also not happy with the statement but is undecided whether to haul up the icon, Anand said: "People are emotional and they lose control once in a while."

"It has happened to me even if I was more successful in not showing it. But there are moments when your emotions take over. What he said, he got criticised that's it. It's over. Those who did not like it, already criticised him, so no need to keep piling on it."

Virat Kohli Viswanathan Anand Chess Cricket
Get the latest Cricket news, check out the India cricket schedule, Cricket live score . Like us on Facebook or follow us on Twitter for more sports updates. You can also download the NDTV Cricket app for Android or iOS.