Andre Russell also spoke about the T10 format and believes that it is the way for the promotion and expansion of the game in future. 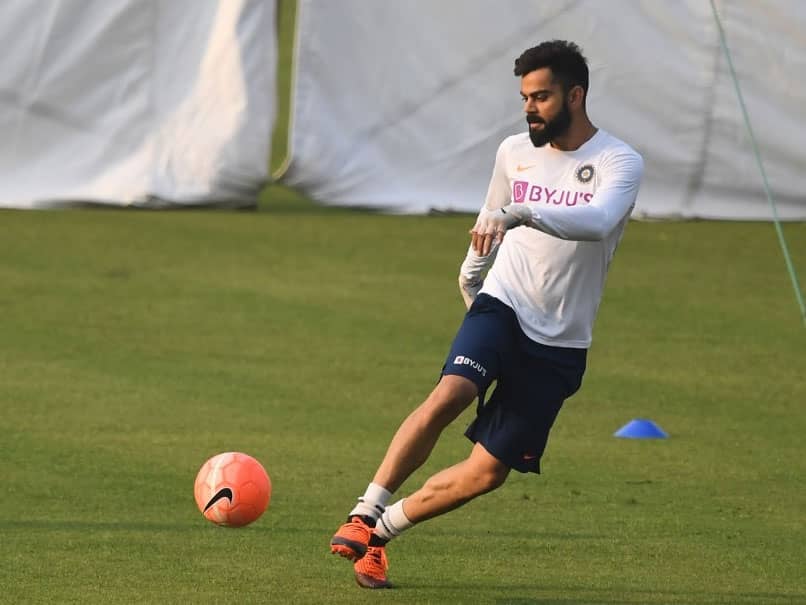 Explosive West Indies all-rounder Andre Russell has showered praise on Virat Kohli, saying the Indian skipper is a tremendous player who needs at times five-ten words to be described him as a player. "He (Virat) is a tremendous player. Sometimes, you may have to put five-ten words together to actually describe him as a player. He is such a determined guy," Russell told IANS on the sidelines of the ongoing Abu Dhabi T10 league. "Virat is a true champion. I just hope that he can keep entertaining the fans. He has been performing well in Test cricket, ODIs and T20I cricket. He is a proper all-round player," he added.

The big-hitting Windies all-rounder further said that Kohli's technique is a lot more classical than his.

"Virat's technique is a lot different from mine. It's more classical than mine. I am more awkward batter where my technique is not that smooth," Russell said.

"My technique is all about power and brute force. I try to hit the ball as hard as possible off every delivery I face," he added.

The 31-year-old further admitted that going into next year's World T20, West Indies will be under pressure as they are the defending champions. "A lot of pressure will be there on us. That's why we are trying to play as a group and win as many series as we can from now onwards."

"We need to start playing some proper cricket. I hope that we can come and defend our title," he added.

The Windies all-rounder also spoke about the T10 format and believes that it is the way for the promotion and expansion of the game in future.

Andre Russell Cricket
Get the latest updates on India vs Australia Series, check out the India vs Australia Schedule for 2020-21 and Ind vs Aus live score . Like us on Facebook or follow us on Twitter for more sports updates. You can also download the NDTV Cricket app for Android or iOS.