Virat Kohli posted a picture with his 'partner in crime' and asked the fans to guess and figure out who he was referring to. 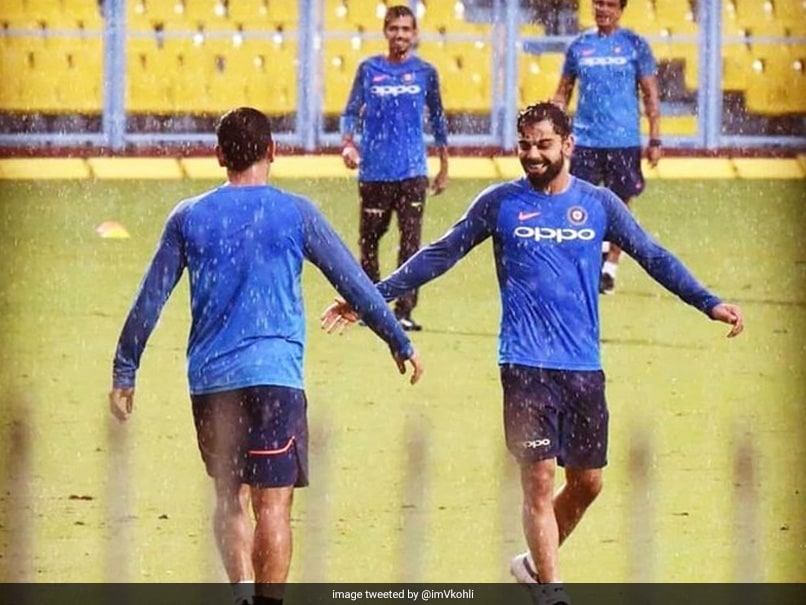 Virat Kohli tweeted a picture with his "partner in crime".© Twitter

Team India skipper Virat Kohli, India's captain across all formats, took to social media platforms to share a picture with his "partner in crime". While sharing the picture, Virat Kohli asked fans to guess who was with him in the picture. Fans wasted no time to figure out that the man in the picture is former India captain MS Dhoni and flooded Kohli's post with pictures of MS Dhoni. "Partners in crime. Crime: stealing doubles from fielders at the boundary. Guess who," Virat Kohli captioned the image.

Partners in crime.. Crime : stealing doubles from fielders at the boundary. Guess who pic.twitter.com/Gk1x6lBIvm

Some fans even started speculating that MS Dhoni might make a return to the India team. Earlier in the day, it was announced that the Indian squads for the Twenty20 International and One-Day International series against the West Indies will be announced on November 21.

I think Dhoni will be back for WI series. team announcement tomorrow.

I think #MSDhoni Will Come back in Team , Tomorrow is Team Selection #PinkBallTest #WednesdayWisdom pic.twitter.com/bBcKeCINaM

India are currently preparing for their second Test against Bangladesh which will also be India's first-ever day-night Test. The match will be played at the Eden Gardens from November 22.

With the win, India extended their lead at the top of the ICC World Test Championship.

India top the World Test Championship standings with 300 points. The final Test will be chance for India to further consolidate their position. New Zealand are second in the standings with 60 points.