India will be travelling to Australia for a long series from November. 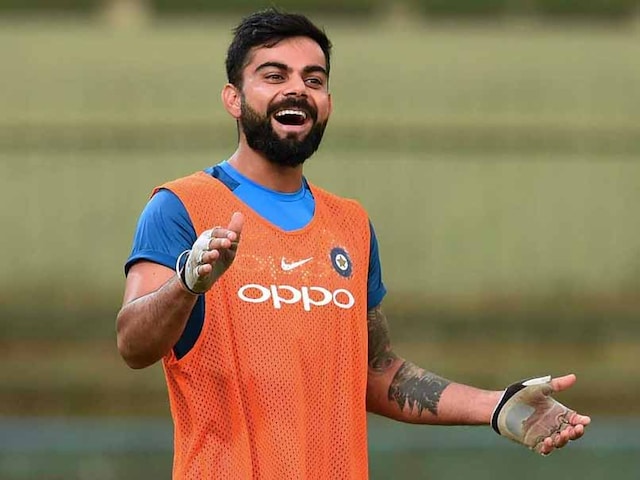 Virat Kohli will not get a hundred in Australia when India visit, Pat Cummins predicted on Tuesday.© AFP

India will resume their rivalry against Australia when they visit the country for three T20Is, three ODIs and a four-Test series tour, starting in November. The all-important series might be a few months away with India's sole focus currently on the ongoing tour of England, but those has not stopped Australian pacer Pat Cummins from firing the first salvo and begin the mind games. Speaking in Sydney on Tuesday at a Channel 7 function, the fast bowler claimed that Kohli will not be able to score a hundred and that Australia will knock over India.

"My brave, bold prediction; I'd say I think Virat Kohli is not going to get a hundred and we're going to knock them off over here," Cummins said.

For all purposes, Kohli is the top-ranked Test batsman with Steve Smith banned for 12 months by Cricket Australia. The Indian skipper averages 53.4 in Tests but that improves to 62 in Tests played in Australia.

Kohli has played eight Tests in Australia, scoring 992 runs with five centuries to his name.

In Kohli's last visit to Australia, the Indian run-machine scored a whopping 692 runs in four Tests at an average of 86.50 while also notching up four hundreds.

However, the Indian captain didn't fare too well when the two teams met in a bilateral series in India in 2016-17.

Kohli could only manage a meagre 46 runs in three matches at an average of 9.20.

Speaking at the same function as Cummins, former Australia fast bowler Glenn McGrath claimed that India will be whitewashed 4-0 in the Test series and urged the Australians to put Kohli under pressure.

"I want to see Australians put pressure on Kohli and just see how he handles it," said McGrath.

"It's going to be a good, hard, tough series. Kohli has got a bit of an aggressive attitude, but showed last time he was out here he's not going to take a backward step.

"If they can get on top of Kohli I think it can have a big effect on the game," McGrath added.

Pat Cummins Glenn McGrath Cricket
Get the latest Cricket news, check out the India cricket schedule, Cricket live score . Like us on Facebook or follow us on Twitter for more sports updates. You can also download the NDTV Cricket app for Android or iOS.