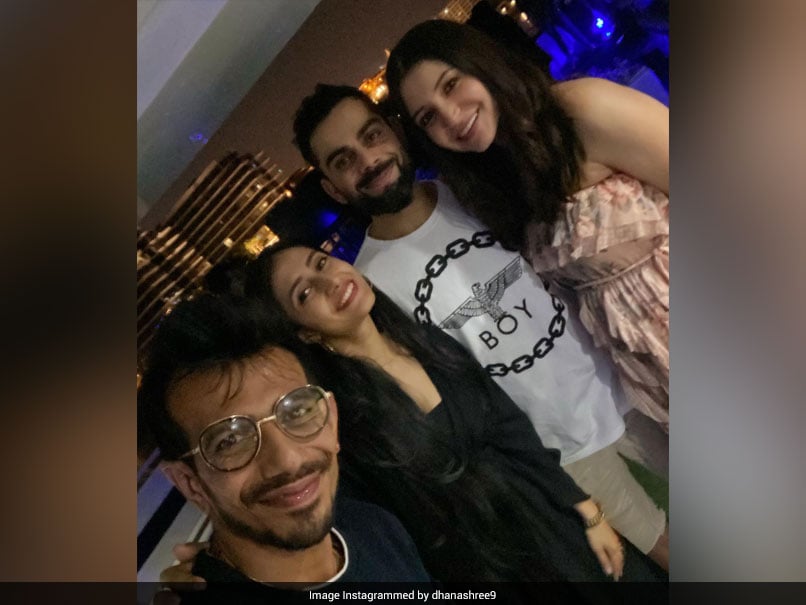 Virat Kohli celebrated his 32nd birthday in the United Arab Emirates with wife Anushka Sharma and his Royal Challengers Bangalore teammates and staff on Thursday. In a video shared on social media, Kohli can be seen cutting his birthday cake as everyone around him sings 'Happy Birthday'. Anushka then feeds him a piece of cake, before he reciprocates before embracing her. Earlier, the RCB social media accounts shared pictures of Kohli with the cake, and of the cake smeared on his face.

"Captain Kohli's birthday celebration was as smashing as his batting!" RCB wrote in their post.

How it started how it ended

Virat Kohli is in the UAE for the ongoing Indian Premier League (IPL) 2020. Bollywood actor Anushka has been seen supporting him and his team from the stands on many occasions.

The couple got married in 2017, after dating for several years.

They recently announced that they are expecting their first child in January next year.

Kohli has scored 460 runs this season in the IPL, helping RCB reach the knockout stages for the first time since 2016.

RCB managed to finish fourth despite being on a losing streak in the business end of the tournament, thanks to their Net Run Rate.

They will face SunRisers Hyderabad on Friday in the Eliminator.

Royal Challengers Bangalore IPL 2020 Cricket
Get the latest updates on T20 World Cup, check out the T20 World Cup Schedule and Live Score . Like us on Facebook or follow us on Twitter for more sports updates. You can also download the NDTV Cricket app for Android or iOS.