Virat Kohli published a picture with wife Anushka Sharma, trekking down a hill. 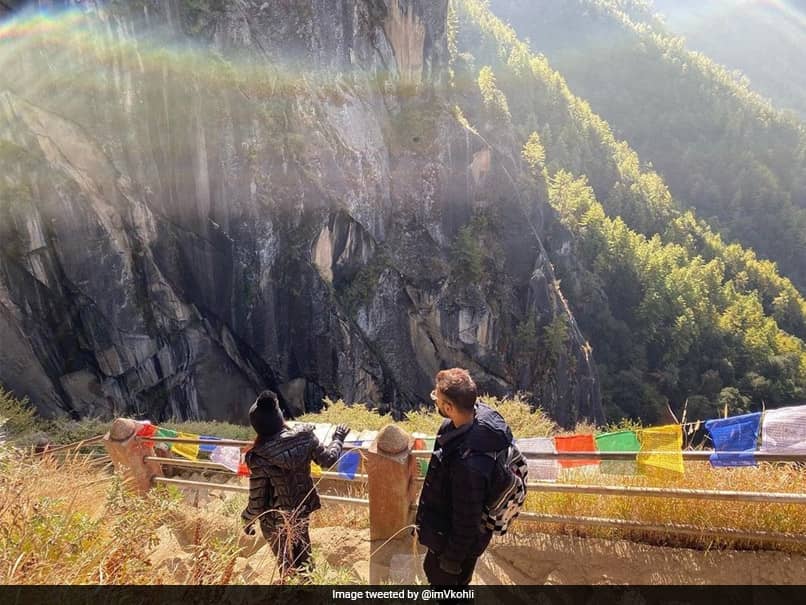 Virat Kohli scripted history on Saturday as he became the fastest to score 70 centuries in international cricket. Not only that, as a leader he has enjoyed a fair amount of success in last few months, especially in Test cricket. Under Kohli's leadership, Team India became the first side in the world to register four consecutive Test wins by a margin of an inning or more. Before the Bangladesh Test series, Indian skipper was given a short break which he utilised by spending time with wife Anushka Sharma travelling around exotic locations in Bhutan. After the series win, Kohli shared a picture with his wife which shows them trekking down a hill. "Walking together in the journey of life with nothing But love @AnushkaSharma," Kohli captioned the picture.

Walking together in the journey of life with nothing But love @AnushkaSharma pic.twitter.com/pxq0iZ8Z8A

Kohli leading from the front scored his 27th century in the historic Pink-ball Test at Eden Gardens in Kolkata, helping the hosts clinch the match by an innings and 46 runs.

Kohli, who is already India's most successful Test captain, with 33 wins in 53 matches, brought up his 27th Test century and 70th overall to help his team post a daunting total of 347/9 declared in the first innings in Kolkata.

Moreover, Kohli became the first Indian skipper to go past the 5000-run mark in the longest format of the game on the first day of the second Test.

Kohli who was not part of the three-match T20I series against Bangladesh is back to lead the limited-overs squads against the West Indies.