I Have Definitely Done Better Than Most, Says Vijay Shankar As He Pushes For India Recall

Vijay Shankar, who last played for India during the 2019 World Cup, said he wants to be in the Indian team not just as an all-rounder but "when people trust me for my abilities." 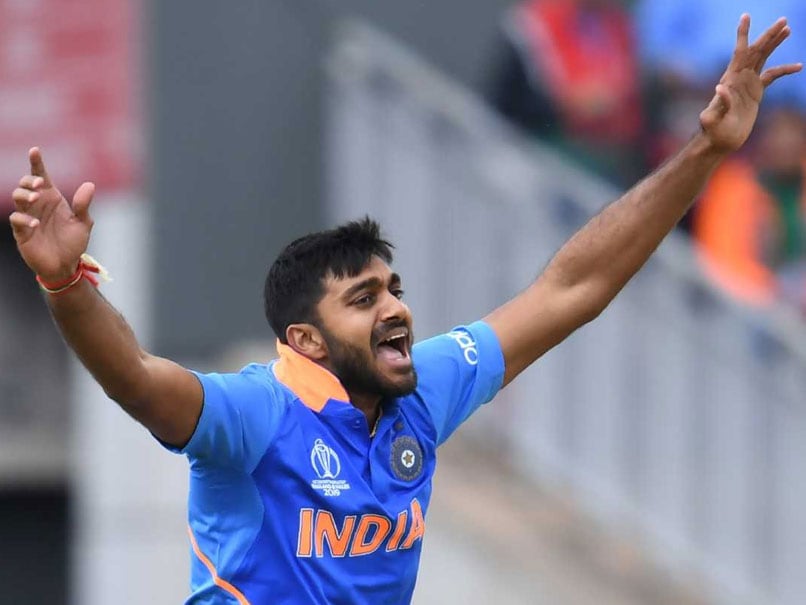 India all-rounder Vijay Shankar said that while a comeback to the team is not in his hands, he feels he has done "better than most" to merit a place in the side. Shankar, who has not played for India since the 2019 World Cup, said he wants to be in the team not because he is a fast-bowling all-rounder of the Hardik Pandya mould but "when people trust me for my abilities." Hardik's inability to bowl his full quota of overs in limited-overs cricket and his exclusion from the Test team for the tour of England may have opened opportunities for all-rounders like Shankar.

"I don't want to be in the team just because I am an all-rounder, someone who can bat and bowl. It should be more genuine, I should be in the team when people trust me for my abilities," Shankar told India Today.

"I have said in the past about not liking comparisons. But if you really compare, I think I definitely have done better than most."

Shankar was part of Team India for the 2019 World Cup but his tournament was cut short due to a toe injury. He returned to play in Indian Premier League (IPL) 2020 but suffered a hamstring injury mid-way through the tournament.

The 30-year-old all-rounder was part of SunRisers Hyderabad in IPL 2021 before the tournament was postponed due to COVID-19 cases across teams.

"I can't think of getting into the Indian side, those things are not in my hand. All I can do is prepare hard and try and do well in the matches that I play. I will try to push for that place again," Shankar said.

"Definitely, whoever has played for that country would love to wear that jersey again. There is no doubt about that. I just felt that when I had a decent run and I was not even considered after that, it was a little disappointing," he added.

Vijay Shankar Cricket
Get the latest updates on IPL Auction 2023 and check out  IPL 2023 and Live Cricket Score. Like us on Facebook or follow us on Twitter for more sports updates. You can also download the NDTV Cricket app for Android or iOS.