Yuvraj Singh who had been in rich vein of form in the Vijay Hazare Trophy, flopped quarterfinal clash against Himachal Pradesh as he could only manage five runs to his name. 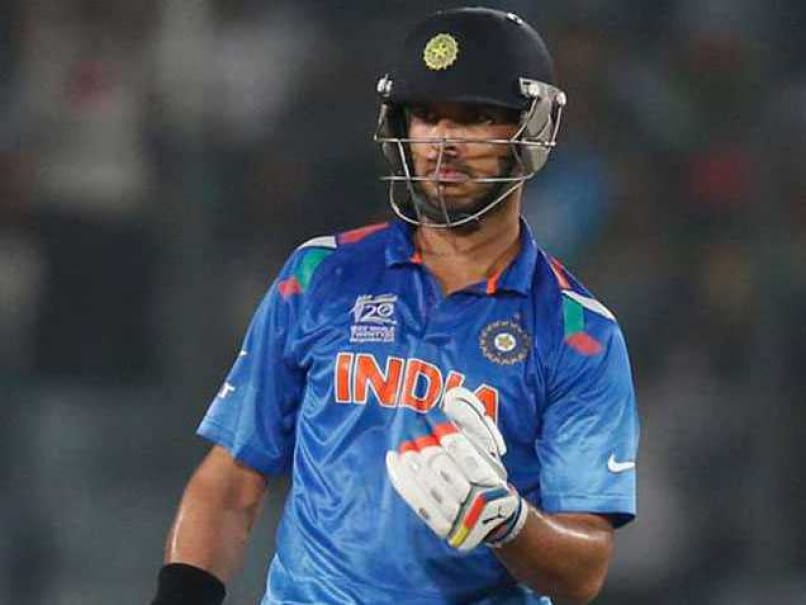 Yuvraj Singh could only score five runs from 16 balls as Punjab lost to Himachal Pradesh in the Vijay Hazare quarterfinal.© AFP

Mandeep Singh scored a century for Punjab but it went in vain.

Put in to bat, Punjab lost openers Jiwanjot Singh (20) and Pargat Singh (0) early but Mandeep Singh scored a superb 145-ball 119 with the help of nine fours and a six to put the team back on track.

By the time he got out, Mandeep had put Punjab in a commanding position. He maintained his composure even as his much fancied teammates Yuvraj Singh (5) and Gurkeerat Singh (35) lost their wickets.

At one stage, HP were struggling at 77 for three in the 22nd over, but Bist managed to steady the boat, hitting 109 not out off 135 deliveries, including nine hits to the fence.

Bist also found an ally in Rishi Dhawan (41) and the duo put on 102 runs together for the fourth wicket that came at a run-a-ball.

But despite bringing the target within striking distance, HP faced some problem with Dhawan mistiming a pull shot.

Himachal needed 85 to win off 66 balls, and Bist rose to the occasion. He effortlessly brought out the big hitter in him to bring up his maiden List A ton and helped the team advance to semifinals.

Comments
Topics mentioned in this article
Mandeep Singh HP PUN Yuvraj Singh Rishi Dhawan Siddarth Kaul Cricket
Get the latest updates on IND vs NZ 2021, check out the Schedule and Live Score . Like us on Facebook or follow us on Twitter for more sports updates. You can also download the NDTV Cricket app for Android or iOS.