Continuing his imperious form, Ruturaj Gaikwad struck a majestic 136 to lead Maharashtra to a five-wicket win over Madhya Pradesh in a high-scoring thriller in a group D for the Vijay Hazare Trophy on Wednesday. 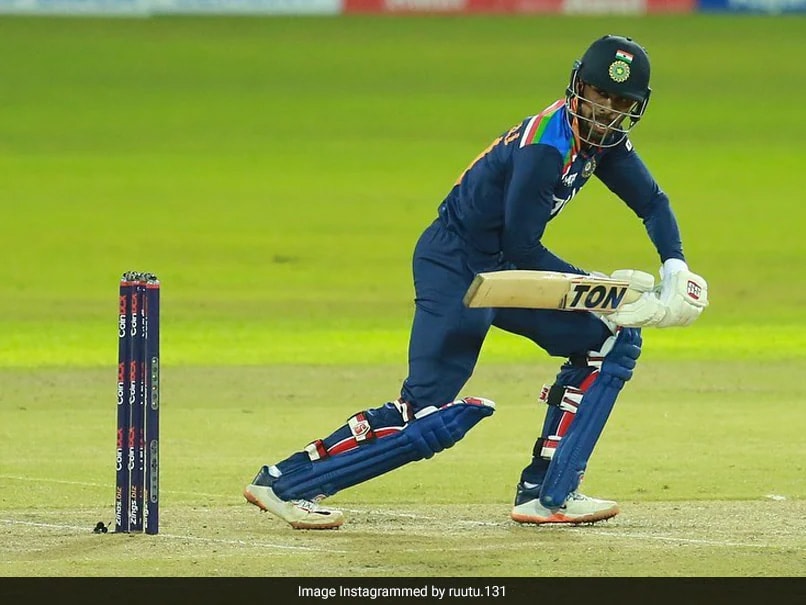 Continuing his imperious form, Ruturaj Gaikwad struck a majestic 136 to lead Maharashtra to a five-wicket win over Madhya Pradesh in a high-scoring thriller in a group D for the Vijay Hazare Trophy on Wednesday. Chasing a target of 329, Maharashtra won the match with two balls to spare. Gaikwad, who was the IPL 2021's top run getter to play a key role in Chennai Super Kings' fourth triumph recently, hit 14 fours and four sixes in his 112-ball knock.

The 24-year-old had scores of 51, 80, 81, 3 and 44 in the recently concluded Syed Mushtaq Ali Trophy and he missed the knock-out stage after being named in India's T20I squad against New Zealand where he did not play a single game in their 3-0 whitewash.

Chasing a tall 329, the Maharashtra skipper, who had scored 635 runs with four fifties and a century in the IPL en route to surpass KL Rahul's tally of 626 runs to become the youngest batter to clinch the Orange Cap, laid the foundation with a 107-run opening partnership with Yash Nahar.

Nahar hit 49 from 55 balls with the help of seven boundaries and one six as the duo put together their entertaining opening stand in 17.1 overs to lay the foundation.

After Nahar's departure, Naushad Shaikh extended a helping hand with a 33-ball 34 before Gaikwad and his deputy Rahul Tripathi (56 from 50 balls; 6x4, 1x6) put on another crucial 75 runs for the third wicket.

Upcoming India all-rounder Venkatesh Iyer gave a vital breakthrough taking the prized scalp of Gaikwad in the 39th over, as they lost another wicket in Azim Kazi (1) with the addition of just 11 runs.

But Tripathi ensured that there was no further damage as he kept them in the hunt en route to completing a fine half-century.

Having dismissed Kazi, debutant Aman Bhadoriya (2/54) went on to dismiss Tripathi in the 46th over with Maharashtra needing 31 runs from 29 balls.

Opener Abhishek Bhandari made 70 in 80 balls with 10 fours, while batting at no 6 Venkatesh propped up the total with a five-ball 14 with two sixes.

Comments
Topics mentioned in this article
Ruturaj Gaikwad Cricket
Get the latest updates on ICC T20 Worldcup 2022 and CWG 2022 check out the Schedule, Live Score and Medals Tally. Like us on Facebook or follow us on Twitter for more sports updates. You can also download the NDTV Cricket app for Android or iOS.