Off-spinner Rohan Prem removed both the openers and then Sreesanth (4/61) took all the wickets that fell. 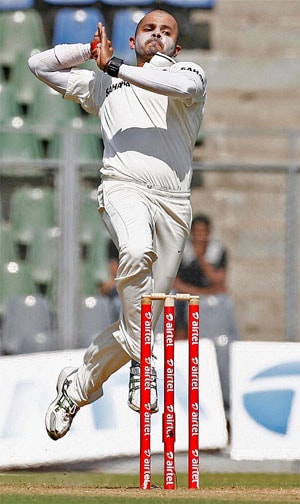 Bharat was involved in a 103-run stand for first wicket with fellow opener Prasanth Kumar (41) and then added 56 runs for the second wicket with Krishna.

Off-spinner Rohan Prem removed both the openers and then Sreesanth (4/61) took all the wickets that fell.

Kerala's reply began poorly as opener Samson was out in the fifth ball of the innings and soon V A Jagadeesh (15) also perished.

At number three Prem scored a valuable 42 and the following middle-order batsmen also responded well to the call.

Fernandez and Gomez carried the side to win after Sachin Baby (29) departed.

Comments
Topics mentioned in this article
Cricket Robin Uthappa Sreesanth AND KER Vijay Samuel Hazare
Get the latest Cricket news, check out the India cricket schedule, Cricket live score . Like us on Facebook or follow us on Twitter for more sports updates. You can also download the NDTV Cricket app for Android or iOS.