Fans expressed their happiness at watching Cheteshwar Pujara bat in the nets, but many were taken aback by what they were seeing. 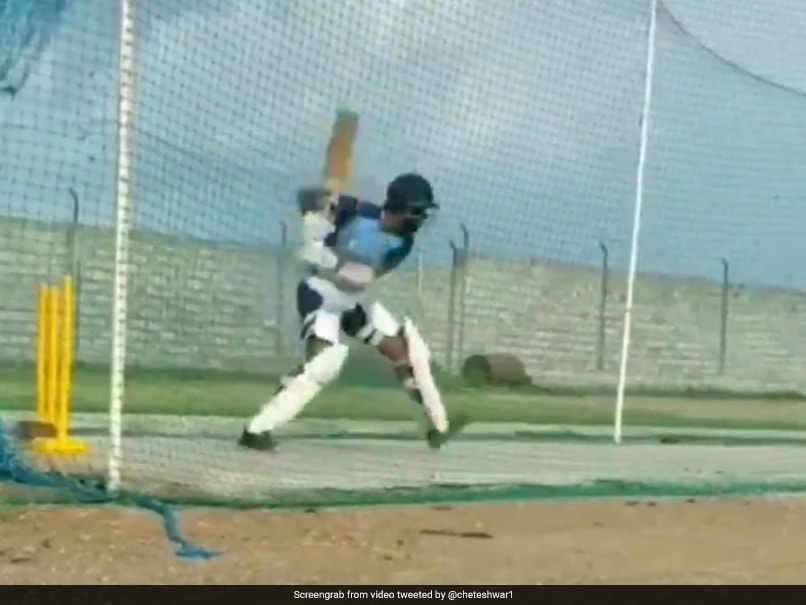 Cheteshwar Pujara shared a video of him batting in the nets.© Twitter

Slowly but surely cricket seems to be getting back on its feet after coming to a grinding halt due to the coronavirus pandemic. International cricket will make its returns for the first time since the global coronavirus pandemic on Wednesday's opening day of a three-match series between England and the West Indies. While there is still no clarity as to when India's cricket stars will be seen in action, they seem to be preparing themselves for all eventualities. A day after captain Virat Kohli posted a video of doing the power snatch, Test batting star Cheteshwar Pujara shared a video of him getting back in the groove.

India's Test batting mainstay was seen working hard in the nets, and middling the ball to perfection.

Fans came in their numbers to express their happiness at watching the Indian cricketer bat, but many were taken aback by what they were seeing -- Pujara hitting lofted shots.

"You are hitting in the air? I think I have to wash my eyes," wrote one Instagram user.

"You are playing shots," commented another.

"Paji tum to t10 ki teyari kar rahe ho," wrote a fan while another asked Virat Kohli to "please take him into the T20I squad".

With uncertainty surrounding the Indian Premier League (IPL) and the ICC T20 World Cup in Australia, it is still unclear when India's cricketing stars will be seen in action.

Last month, India called off their tour of Zimbabwe due to the coronavirus pandemic, a day after their upcoming trip to Sri Lanka was also cancelled.

The Board of Control for Cricket in India (BCCI) said that it would not "rush into any decision" about resuming training camps for India's players.

The Indian team, though, is slated to tour Australia for three ODIs, four Tests and three T20Is starting in October in what is set to be a highlight of the year.