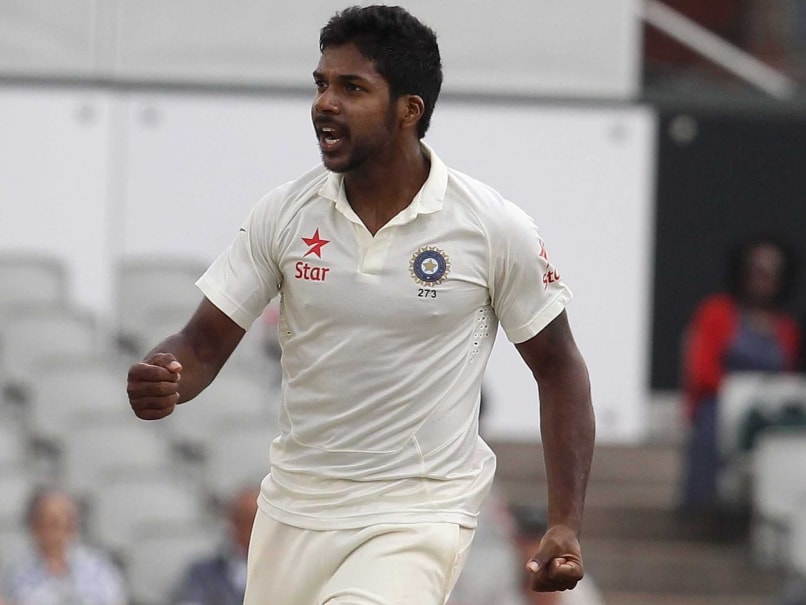 Varun Aaron(in picture) and Jayant Yadav picked up three wickets each for India A. © AFP

Bowlers led India A's fightback as the visitors eked out a two-run lead against Australia A on day two of the first unofficial four-day Test at the Allan Border Field on Friday.

Speedster Varun Aaron (3/41) came up with timely blows before off-spinner Jayant Yadav struck thrice to end Australia's first innings at 228. India had squandered a solid start on day one to be 230 all out.

India were 44 for two when bad light led to stumps on day two with openers Faiz Fazal (6) and Akhil Herwadkar (23) back in the hut.

Shreyas Iyer and first innings top-scorer Manish Pandey were batting on 6 and 7 respectively when stumps were called.

The talented pair's stay in the middle will be crucial to India's chances in the game being played with a pink ball.

Earlier, Australia collapsed to 228 all out after sitting pretty at 157 for two with opener Joe Burns (78) and captain Peter Handscomb (87) stitching an 118-run stand.

The home team was cruising with the dangerous duo in the middle. Burns ended up with 11 fours and a six while his skipper smashed 14 fours along with a maximum.

The match situation changed drastically with the fall of Burns and later Handscomb, who was run out courtesy Herwadkar.

The Indian pacers made inroads into the opposition line-up before spinner Yadav cleaned up the tail.

While Aaron and Yadav were the standout bowlers, handy contributions came from Hardik Pandya (2/33) and Shardul Thakur (1/45).

Comments
Topics mentioned in this article
Varun Aaron Manish Pandey Shreyas Santosh Iyer Karun Nair Joe Burns Cricket
Get the latest updates on IPL Auction 2023 and check out  IPL 2023 and Live Cricket Score. Like us on Facebook or follow us on Twitter for more sports updates. You can also download the NDTV Cricket app for Android or iOS.