1st Unofficial Test: India A Trail New Zealand A By 219 Runs At Stumps On Day 3

Responding to India A's first innings total of 216, New Zealand A notched up a mammoth 562/7 decl in their first innings. The visitors were 127/2 when bad light ended play on Day 3. 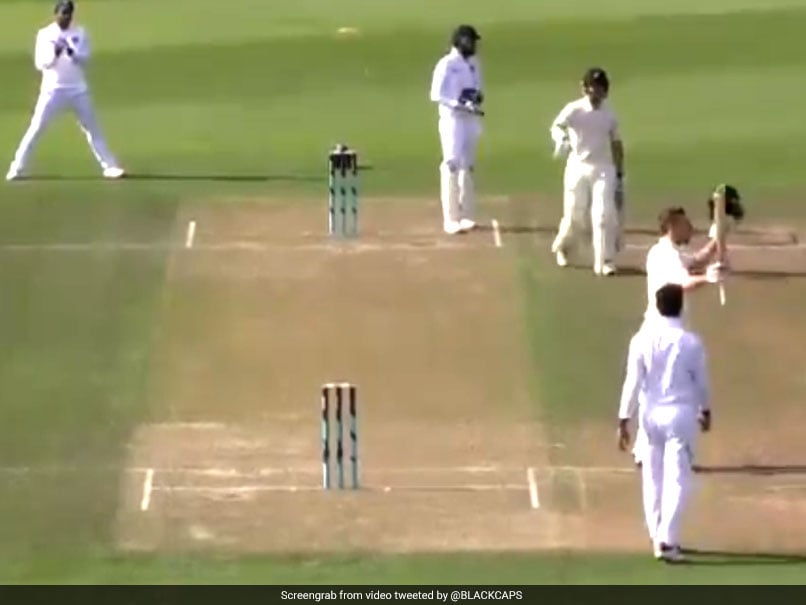 The Indian bowlers toiled hard as New Zealand A piled on the runs in the first unofficial Test.© Twitter

India A were left with an arduous task of saving the first unofficial Test after New Zealand A notched up a mammoth 562 in their first innings on Saturday. Responding to India A's first innings total of 216, the hosts declared shortly after losing their seventh wicket on the third and penultimate day at the Hagley Oval. In their second essay, the visitors were 127 for two when bad light ended play on Day 3 four overs early, having reduced the deficit to 219 runs.

At the close of play, Priyank Panchal and Shubman Gill were batting on 67 and 33, respectively.

Starting the day on a comfortably-placed 385 for five, overnight batsmen Dane Cleaver and Mark Chapman consolidate their team's position with a 268-run partnership for the sixth wicket.

Wicketkeeper Cleaver hit 20 boundaries and a six while spending 482 minutes at the crease, while Chapman found the fence 11 times in his 377-minute stay in the middle.

Batting at number eight, Cole McConchie made an unbeaten 50 off 74 balls while adding 114 runs for the seventh wicket with Cleaver, propping up their team's total.

When they came to bat for the second time in the game, the visitors again lost their prolific opener Mayank Agarwal for nought, in the very first over.

Abhimanyu Easwaran fell for 26 to leave India A at 59 for two.

Comments
Topics mentioned in this article
Cricket Shubman Gill Ishan Porel Priyank Panchal
Get the latest updates on ICC T20 Worldcup 2022 and CWG 2022 check out the Schedule, Live Score and Medals Tally. Like us on Facebook or follow us on Twitter for more sports updates. You can also download the NDTV Cricket app for Android or iOS.