Umesh Yadav is eager to make a comeback in the limited-overs squad and has said he is working hard to become a regular in the team in white-ball cricket. 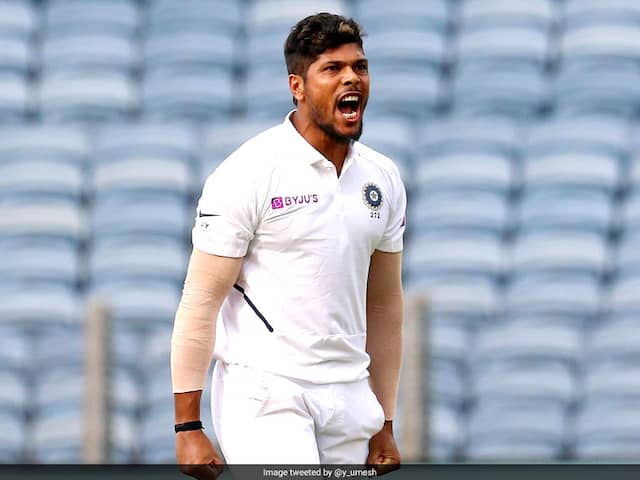 India pacer Umesh Yadav is eager to make a comeback in the limited-overs squad and has said he is working hard to become a regular in the team in white-ball cricket. Umesh, who played only one limited-overs match for India since last February -- in Visakhapatnam -- said he is desperate to make a comeback. "Who wants to sit outside the ground? I am also human. I am working really hard and am very eager to play white-ball cricket again," Umesh told Timesofindia.com.

"I am thankful to the selectors who gave me the opportunity to play for the country. They are the best judge. I am trying my best to make a comeback to white-ball cricket. For this, whatever I have to do, I will," he added.

Umesh also said that he was disappointed after not being included in India's World Cup squad last year.

"I got the chance in the 2015 World Cup. I was happy to perform well for my country. I was disappointed when I was not included in the 2019 World Cup team," Umesh pointed.

Umesh was left out of the ODI and T20Is squads for the series against New Zealand but feels he will make his presence felt in the two-match Test series against the Kiwis.

"Honestly, I am looking forward to this (playing Tests in New Zealand). I am eager to play red-ball cricket in New Zealand. I have performed well in recent times and I'm in good touch too. My series against Bangladesh was good too. I am pretty positive about my selection for New Zealand Test series.

"If I am selected, I am going to give my 100 per cent. I have worked a lot on my line and length. I am hoping for the best," he signed off.

Umesh Yadav Cricket
Get the latest Cricket news, check out the India cricket schedule, Cricket live score . Like us on Facebook or follow us on Twitter for more sports updates. You can also download the NDTV Cricket app for Android or iOS.