Umar Akmal was sent back from the Champions Trophy in England after Arthur said his fitness standards was not at par with the team. 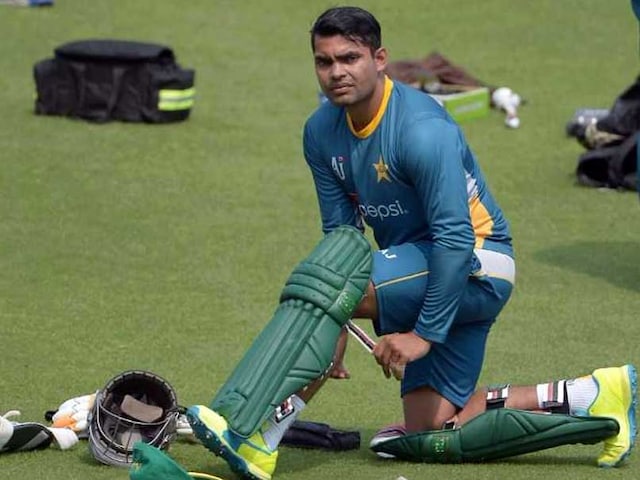 Pakistan Test batsman Umar Akmal has stepped up his verbal attack on chief coach Mickey Arthur despite being issued a showcause notice by the country's cricket board. Umar on Saturday in his tweets in Urdu said that "Dummy" fitness tests were held in England before the Champions Trophy just to fail him and send him back home. According to the translation provided by news agency PTI, "These tests were held to get me out of the team," Umar wrote in his twitter handle. Relation between Umar and Arthur has not been ideal since last year when Pakistan toured Australia and the coach complained about the batsman's fitness levels.

The Pakistani player was sent back from the Champions Trophy in England after Arthur said his fitness standards was not at par with the team.

After Umar joined the team when his fitness was cleared by the Pakistan Cricket Board (PCB) trainers at the National Cricket Academy (NCA) in Lahore, the altercation took place between him and Arthur again.

Akmal claimed that the foreign coach had used abusive language with him.

The PCB issued a strong worded statement, condemning the reckless tweets made by Akmal with regards to his omission from the Champions Trophy squad.

The statement said Umar was given as many as seven chances to improve his fitness and match the standards of his teammates.

"Arthur had placed Umar in his white ball format plans" and given him "repeated chances for redemption," but he failed to achieve the required fitness level, the statement said.

Responding to Akmal's allegation that the fitness test, which led to him being declared unfit was deliberately conducted, PCB clarified that "the team trainer conducts fitness tests of squad members before each international assignment and the tests before the Champions Trophy were conducted as a continuation of the policy".

The PCB said Umar should avoid making any further statements before responding to the show cause notice issued to him.

Umar has said that he is ready to apologise and face any punishment if chief selector Inzamam-ul Haq and coach Mushtaq Ahmed, who were present at the NCA when the altercation took place, say that they didn't hear Arthur abusing him.

"It is an issue which is embarrassing for Pakistan cricket and should be resolved sitting across the table and not by giving statements in the social media or media," Shoaib said.

Comments
Topics mentioned in this article
Umar Akmal Pakistan Cricket Team Cricket
Get the latest Cricket news, check out the India cricket schedule, Cricket live score . Like us on Facebook or follow us on Twitter for more sports updates. You can also download the NDTV Cricket app for Android or iOS.