The Pakistan Cricket Board on Monday handed a three-year ban to Umar Akmal for failing to report a spot-fixing approach. 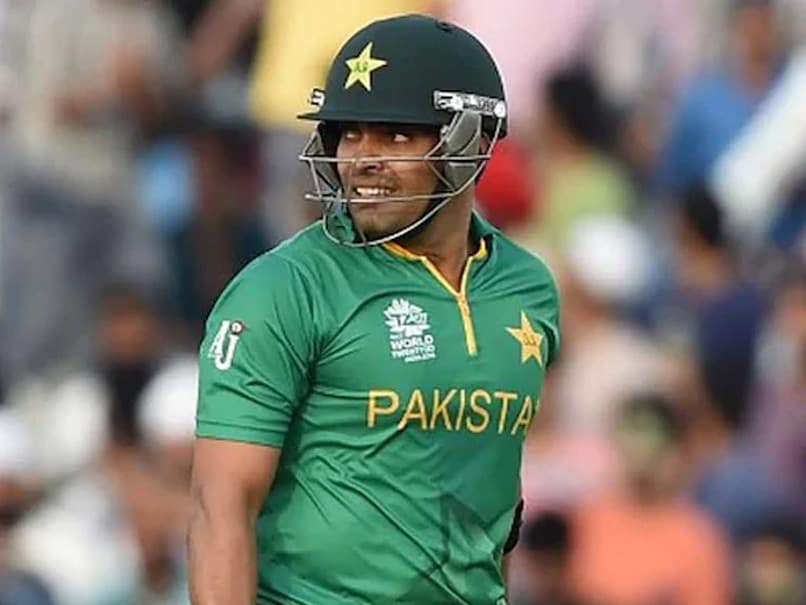 Umar Akmal was found guilty of failing to report a spot-fixing approach in the PSL.© AFP (File Photo)

Pakistan's Umar Akmalwas handed a three-year ban from all forms of cricket by Pakistan Cricket Board's (PCB) disciplinary panel, the board announced on Monday. Umar Akmal was found guilty of failing to report a spot-fixing approach in the Pakistan Super League. The decision came after the 29-year-old batsman decided not to appeal against the corruption charges levied against him, earlier this month, which led to the board referring his case to its disciplinary panel. The PCB took to Twitter to announce that the disciplinary panel, headed by Justice (retired) Fazal-e-Miran Chauhan has slapped the batsman with a three-year ban.

Umar Akmal was provisionally suspended on February 20, the day when Pakistan Super League commenced in Karachi.

The PCB, in its release, had said that Akmal violated its "anti-corruption code" on two counts.

"The PCB has charged Umar Akmal with two breaches of the anti-corruption code which relates to not reporting a fixing offer," said a PCB release.

Under the PCB anti-corruption code, a player is required to immediately report to a team manager or the officials of the anti-corruption unit when he receives an offer to fix a match.

Under the code if a player is found guilty the penalty ranges from a suspension of six months to a lifetime ban, the release adds.

His last international appearance came during the Twenty20 International (T20I) series against Sri Lanka four months ago, where he failed to open his account in both matches.

Umar Akmal Pakistan Cricket Board Cricket
Get the latest updates on Fifa Worldcup 2022 and check out  Fifa World Cup Schedule, Stats and Live Cricket Score. Like us on Facebook or follow us on Twitter for more sports updates. You can also download the NDTV Cricket app for Android or iOS.