The ICC on Monday banned two Hong Kong cricketers, Irfan Ahmed and Nadeem Ahmed for life after an investigation revealed their involvement in match fixing. 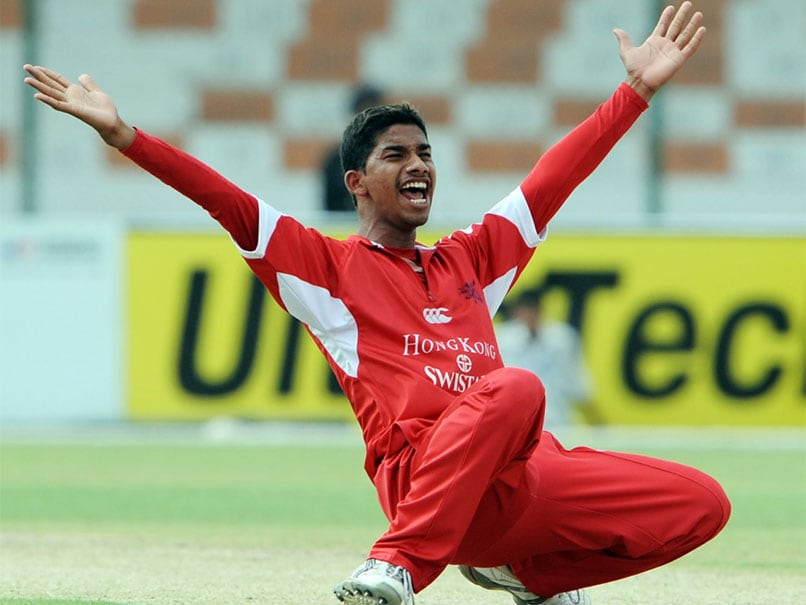 Nadeem Ahmed has taken 38 wickets in the 25 ODIs he has played for Hong Kong.© AFP

The International Cricket Council (ICC) on Monday banned two Hong Kong cricketers, Irfan Ahmed and Nadeem Ahmed for life after an investigation revealed their involvement in match fixing. While the Ahmed brothers received lifetime ban,another Hong Kongplayer Haseeb Amjad got a five-year ban. The ICC announced this decision after their Anti-Corruption Tribunal found these players breaching the Anti-Corruption Code. Irfan Ahmed has played six One-Day Internationals (ODIs) and eight T20 Internationals (T20Is) for Hong Kong while his elder brother has represented the national team in 25 ODIs and 24 T20Is.

"This has been a long and complex investigation which has uncovered systematic attempts to influence moments in matches by experienced international cricketers over a period of time. Their conduct was premeditated and sophisticated and each of the Ahmed brothers sought to corrupt others," Alex Marshall, ICC General Manager, ACU said, according to a press release.

Hong Kong's fixtures against Scotland and Canada were in question during the investigation.

"The main offences relate to the Hong Kong matches against Scotland and Canada where the players fixed specific overs. These matches were won by Hong Kong so it did not materially affect the results of the tournament, however I cannot reiterate strongly enough to any player considering this that we treat any form of fixing - spot or match - with the upmost seriousness," Marshall added.

ICC's General Manager also highlighted the fact that since getting into the highest level of the game is harder for the fixers, they tend to target players from associate nations.

"With the fixers finding it harder than ever before to penetrate the highest levels of the game, we are increasingly seeing them turn their attention to other avenues in the sport and we will continue to work with Members to ensure players at all levels are educated about the dangers of corruption," Marshall said.

Marshall concluded by saying that the sanctions are made to set a strong example that we want to make cricket a corruption free sport at all levels.

"The severity of the offences is reflected in the sanctions and I hope will deter other players from taking this path and demonstrate to cricket fans around the world our commitment to a corruption free sport."

Hong Kong International Cricket Council Cricket
Get the latest updates on T20 World Cup, check out the T20 World Cup Schedule and Live Score . Like us on Facebook or follow us on Twitter for more sports updates. You can also download the NDTV Cricket app for Android or iOS.