The system was also tried earlier, notably in the ODI series between England and Pakistan in 2016. 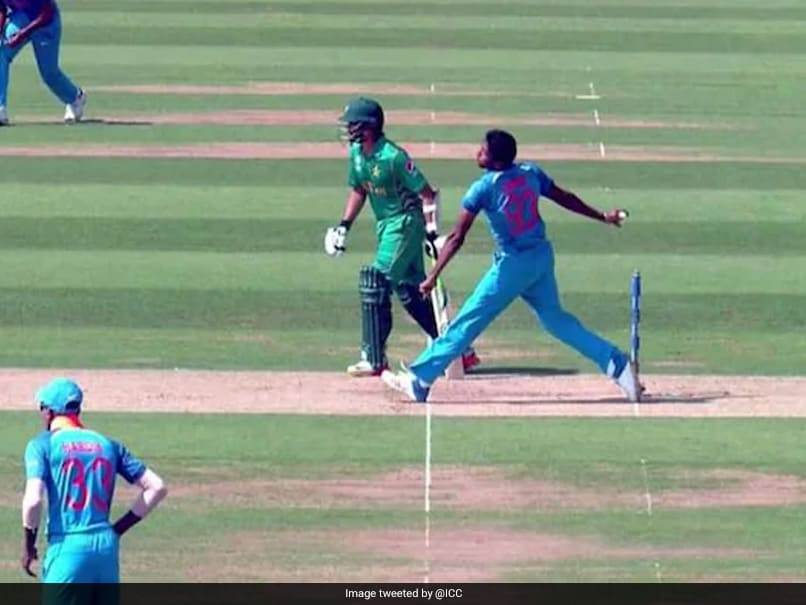 The third umpire will be presented an image of the front-foot landing within a few seconds.© Twitter

The International Cricket Council (ICC) will be identifying few upcoming limited-overs series over the next six months in which trials will be conducted wherein TV umpires would be calling the front-foot no-balls, ICC General Manager Cricket Operations Geoff Allardice confirmed on Tuesday. "Broadly, yes the same technology as 2016 will be used. The idea is the third umpire will be presented an image of the front-foot landing within a few seconds. He would communicate to the on-field umpire that a no-ball has been delivered, so every delivery on the field would be played as a fair delivery until called otherwise," ESPN Cricinfo quoted Allardice as saying.

The system was also tried earlier, notably in the ODI series between England and Pakistan in 2016.

"The Cricket Committee recommended that we do it in all ODIs and T20Is. In 2018 there were about 84,000 balls delivered around the world in those formats in men's international cricket. So to monitor the no-ball on each of those deliveries at all of the different venues is a big exercise. We just need to understand all the challenges before implementing this across all matches," Allardice said.

"Can this technology be implemented consistently across the 80 venues that hosted ODIs and T20Is last year? There are different levels of television coverage across these matches, so it will be easier to implement at some matches than at others. We now have 104 members who play T20I cricket and many of their matches are not televised, so what do we there? Thinking through all of the implications of introducing this is the exercise for us over the next six months," he added.

In the recently concluded World Cup 2019, the on-field match officials were criticised as they had missed calling a no-ball in the match between West Indies and Australia. Chris Gayle had to bear the brunt as he was dismissed on the very next ball. If the no-ball had been called, Gayle would got a free hit.

If the trials prove successful, the ICC may bring in the change in full force going forward.