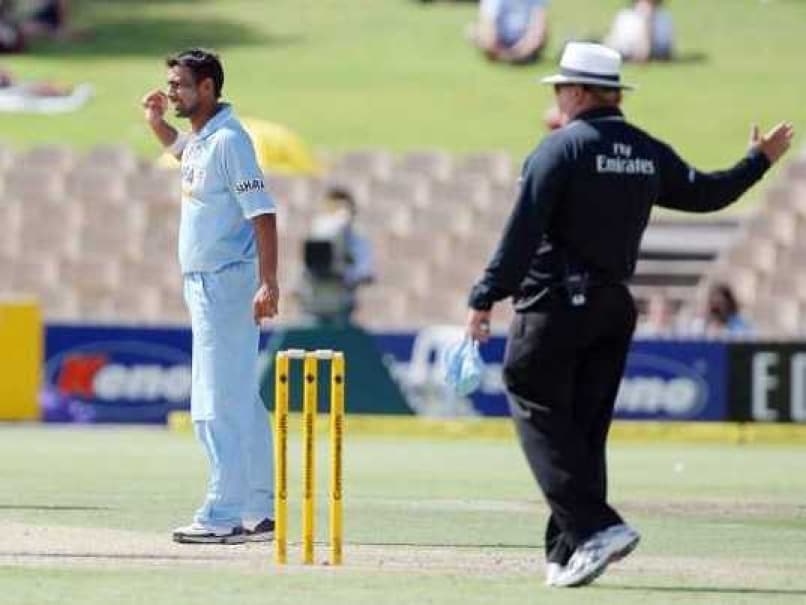 The ICC have decided to implement a system where the third umpire will call for a front foot no-ball.© AFP

A system where the third umpire is responsible for the calling of front-foot no-balls will be trialled during the upcoming England-Pakistan one-day series, the International Cricket Council announced.

The standing umpire at the bowler's end is currently responsible for both checking for front-foot no-balls and then adjudicating on whether a batsman is out at the other end, all in a matter of seconds.

This already difficult task has become more complicated in an era where bowlers' end umpires, in fear of being hit by a hard-hit shot, stand further back from the crease than ever before.

The issue became a talking point once again in February when Australia's Adam Voges, then on seven, was given not out during a Test against New Zealand in Wellington after what replays showed was an incorrectly called no-ball by English umpire Richard Illingworth.

Voges went on to score 239 in a match-defining innings.

In the trial system to be adopted for the five England-Pakistan ODIs, from August 24 to September 4, the ICC said the standing umpire will not call any front-foot no balls without the third umpire's advice, unless the side-on cameras are unavailable.

The ICC also said the third umpire will be able to judge a no-ball "within seconds" of delivery and will communicate a decision to their on-field colleagues by means of a vibrating pager.

If the pager system breaks down, the third umpire will relay his decision to the men in the middle by their standard radio communication system.

"This trial is being carried out to ascertain if there is a way in which front-foot no-balls can be called more accurately and consistently, while also assessing the TV umpire's workload and identifying the impact it will have on the flow of the game," said ICC umpires and referees manager Adrian Griffith.

He added: "To ensure that the match officials are thoroughly briefed and trained for this trial, the ICC will conduct training sessions with the umpires and match referee in Southampton (the venue for Wednesday's series opener) on Monday and Tuesday.

"The results of this technology trial will be shared with the ICC cricket committee, which will advise the ICC on future action."

Comments
Topics mentioned in this article
England Cricket Team Pakistan Cricket Team Cricket
Get the latest updates on India vs South Africa and check out  Schedule, Results and Live Score. Like us on Facebook or follow us on Twitter for more sports updates. You can also download the NDTV Cricket app for Android or iOS.