The Afghanistan Cricket Board, in a statement, said that only those who haven't shown any COVID-19 symptoms like fever, have been allowed to join the month-long camp. 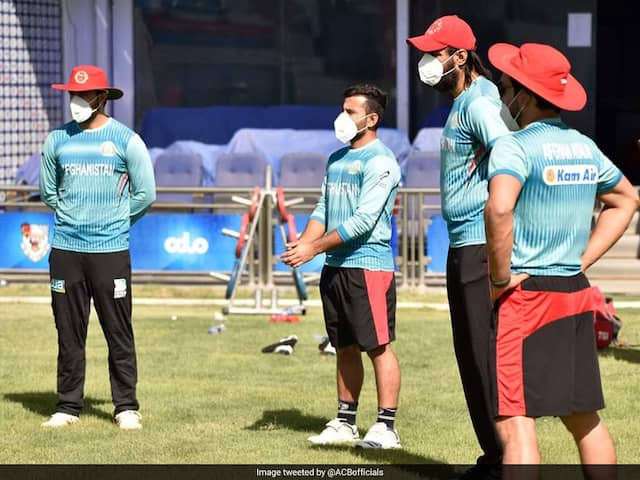 Top Afghan players, including star all-rounder Rashid Khan and Mohammad Nabi, resumed training on Sunday with the Afghanistan Cricket Board (ACB) beginning a month-long camp despite the rising coronavirus cases in the country. According to information shared by the Board, none of the players attending the camp are being tested for COVID-19 but only those who haven't shown any symptoms like fever, have been allowed to join.

"This camp will be held under the relevant health guidelines and in close coordination with the ICC, WHO and the ministry of public health of Afghanistan to avoid the spread of COVID-19," an ACB media release said.

On Saturday, a COVID-19 awareness meeting was held for players and other relevant officials at ACB head office to educate them about health guidelines to be maintained during the camp.

The virus cases in the country are rising at a rapid rate, though, the total number of deaths stand at 350 from around 20,000 confirmed cases.

Apart from competing at the T20 World Cup, fate of which is still shrouded in uncertainty, Afghanistan are scheduled to play a one-off Test against Australia in Perth, starting November 21.