"We are obsessed with results and satisfied with mediocre ones. For top performers results are merely consequences of processes, incidental to their quests for self-perfection," said the former cricketer. 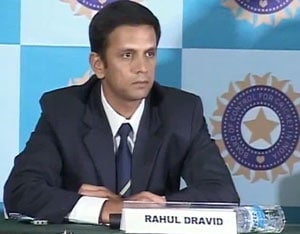 Dismayed over India's obsession with only results, former cricket captain Rahul Dravid has advocated concrete steps to create a culture of sports and fitness.

"We are obsessed with results and satisfied with mediocre ones. For top performers results are merely consequences of processes, incidental to their quests for self-perfection," the batting legend said.

"The best way to produce results in sport is to take the focus away from results. In sport results are almost never solely in one's own hands while process of preparation and performance certainly are," the third highest run-getter in Test cricket added at a function last night.

India, with about 30 per cent of world's population, can only boast of a few anecdotal achievements across sporting disciplines in over six decades since independence while small countries with barely a stadium in sight are producing champion sprinters, marathoners and swimmers, said the 39-year-old Dravid.

Stating that sport involves high risk and often very little reward, Dravid said many consider education as the safe choice and the smart long-term investment that is never going to change.

"Today, it still takes a very brave parents to permit, let alone encourage, a talented child to carry on playing sport once high school is done."

Comments
Topics mentioned in this article
India Cricket Team Rahul Dravid Cricket
Get the latest Cricket news, check out the India cricket schedule, Cricket live score . Like us on Facebook or follow us on Twitter for more sports updates. You can also download the NDTV Cricket app for Android or iOS.