The Board of Control for Cricket in India (BCCI) on Saturday condoled the demise of legendary coach Tarak Sinha. 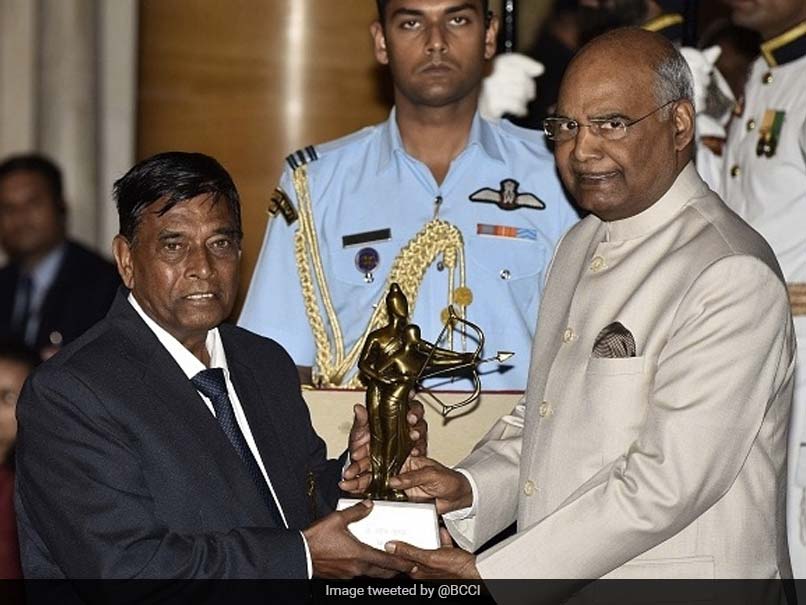 Tarak Sinha was a recipient of the Dronacharya Award.© Twitter

The Board of Control for Cricket in India (BCCI) on Saturday condoled the demise of legendary coach Tarak Sinha. "The Board of Control for Cricket in India expresses grief at the passing away of renowned and well-respected coach Shri Tarak Sinha. The founder of Sonnet Cricket Club, which produced an assembly line international and first-class cricketers breathed his last on Saturday," stated BCCI in a release. "A recipient of the Dronacharya Award, Sinha had been coaching and nurturing cricketers for over four decades. From Surinder Khanna to Rishabh Pant and Anjum Chopra to Rumeli Dhar, Sinha always insisted on setting higher benchmarks for his pupils. While he coached the wards, he was also credited for spotting talents at an early age and giving them the right kind of coaching required to shape their careers," the release further said.

The BCCI expresses grief at the passing away of renowned and well-respected coach Shri Tarak Sinha. https://t.co/QOw4oV1U5l pic.twitter.com/EY8IrKS0aY

Tarak Sinha passed away on Saturday aged 71 after a battle with cancer.

Former India batter Virender Sehwag also condoled the death of the coach and tweeted, "Feel a lot of pain on the demise of passing away of Ustaad Ji #TarakSinha. He was one of the rare coaches who gave India more than a dozen Test Cricketers & the values he inculcated in his students helped Indian cricket immensely. Condolences to his family and students. Om Shanti."

Sinha is only the fifth cricket coach, after Desh Prem Azad, Gurcharan Singh, Ramakant Achrekar and Sunita Sharma, to be given the Dronacharya award.

Virender Sehwag
Get the latest updates on ICC T20 Worldcup 2022 and CWG 2022 check out the Schedule, Live Score and Medals Tally. Like us on Facebook or follow us on Twitter for more sports updates. You can also download the NDTV Cricket app for Android or iOS.