Baroda rode on Devdhar's chanceless ton - the first of the zonal league - to pile on a competitive 175 for 7. 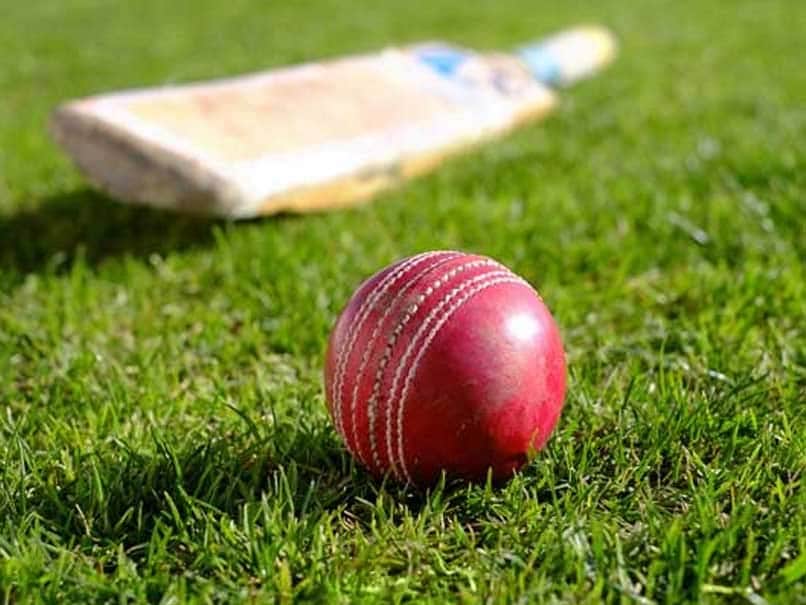 Representational image of a cricket bat and ball© AFP

Kedar Devdhar smashed a brilliant 61-ball century as Baroda whipped Gujarat by 36 runs to leap to the top of the table in the West Zone Mushtaq Ali Trophy T20 league at the SCA Stadium on Wednesday. Later, Saurashtra drubbed Mumbai by eight wickets to notch up their second win in as many matches and join Baroda as league leaders. Baroda rode on Devdhar's chanceless ton - the first of the zonal league - to pile on a competitive 175 for 7. They then bowled out their rivals for 139 in just 18 overs to notch up their second win on the trot and boosted their points tally to eight from two games.

Gujarat, who suffered their third successive defeat in the league, are now left with no chance to make the knock-out even with a game still in hand in the five-team league. In the second game, Saurashtra bowlers, led by medium pacer Shaurya Sanandiya (4 for 22), bundled out Mumbai for 130 in 19.3 overs and then rode on opener Robin Uthappa's brisk half-century (52 in 36 balls) to romp home in 17.2 overs. It was Mumbai's second defeat in three games.

Batting first, Baroda were in deep trouble against Gujarat leggie Piyush Chawla and medium pacer Jayweer Parmar and were reeling at 25 for 4 with the wickets shared equally by the two bowlers. Devdhar, who cracked exactly 100 runs laced with four sixes and 11 fours, and Swapnil Singh (44 in 28 balls) came together and rescued the innings with a blistering partnership of 101 at just under 10 per over.

Swapnil, who struck two sixes and three fours, was trapped leg before by Chawla in the 16th over with the score reading 126. It was the experienced spinner's third wicket of the innings.

But Devdhar continued to bat well with the lower order and took the score to 166 before he was dismissed by medium pacer Ishwar Chaudhary in the 19th over. The opener's second 50 was raised in just 18 balls as he went hammer and tongs. Chawla was the most successful bowler, claiming 3 wickets at a high cost of 45 runs, while Parmar took 2 for 37.

Chasing the stiff target, Gujarat plunged straightaway into trouble to totter at 25 for four in the 5th over. The innings was revived by a fighting stand of 65 between Chirag Gandhi (52 in 41 balls) and Axar Patel, who cracked 33 in 19 balls.

However, once this fifth wicket partnership got broken at 90, there was little fight left in the Gujarat run chase although Gandhi stood his ground and was eighth out after striking one six and four fours.

For Baroda, left arm medium pacer Arothe picked up 3 wickets and he was supported well by Atit Sheth, Soaeb Tai and Krunal Pandya, who all claimed two wickets apiece.

In the second match of the day, Mumbai batsmen came a cropper against the Saurashtra attack and were quickly on the mat at 30 for 2 before skipper Aditya Tare (39 in 23 balls) and Siddhesh Lad (38) got together to take the score to 65. But the fall in successive balls of Tare and Suryakumar Yadav, to left-arm spinner Dharmendra Jadeja, put them back and then they slumped to 105 for 8 before Dhawal Kulkarni hit a 13-ball 19 not out to push the total to 130.

In reply, Saurashtra were given a sound start by Uthappa, who struck 3 sixes and five fours and also ensured that the bowlers' feat did not go waste.