Sydney Sixers registered their second victory in the Twenty20 Big Bash League on Tuesday after a thrilling two-run win over Melbourne Stars. 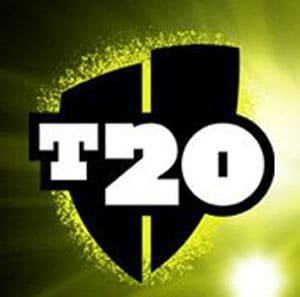 Sydney Sixers registered their second victory in the Twenty20 Big Bash League on Tuesday after a thrilling two-run win over Melbourne Stars.

Stars' number ten batsman Clint McKay had the chance to be a hero by hitting Brett Lee for four from the final ball to win the match but could only manage a single.

The Stars needed 15 from the last over and had given themselves a golden chance after hitting two boundaries early on, to bring the target down to five off two, but experienced Lee held his nerves to give Sixers a memorable win.

West Indian all-rounder Dwayne Bravo gave the home team a solid start after they elected to bat, scoring 52 off 39 balls. Quick-fire innings from Ben Rohrer (29) and Dominic Thornely (29) took the Sixers to a total of 166 for nine.

Stars, in their reply, failed to grasp opportunities as they shot themselves in the foot, thanks to some silly running between the wickets.

Run-outs of David Hussey (42) and Adam Voges (31) proved to be the downfall of Stars. Leg Spinner Steven Smith starred with the ball in front of a boisterous 27,590 home fans, taking two-wickets and giving away just 29-runs off four overs.

Comments
Topics mentioned in this article
Cricket Clint McKay Shane Warne Lasith Malinga Luke Wright SYS Isaac Vivian Alexander Richards
Get the latest Cricket news, check out the India cricket schedule, Cricket live score . Like us on Facebook or follow us on Twitter for more sports updates. You can also download the NDTV Cricket app for Android or iOS.