Suresh Raina took to Instagram on Sunday to share a video of himself working out at a picturesque location. 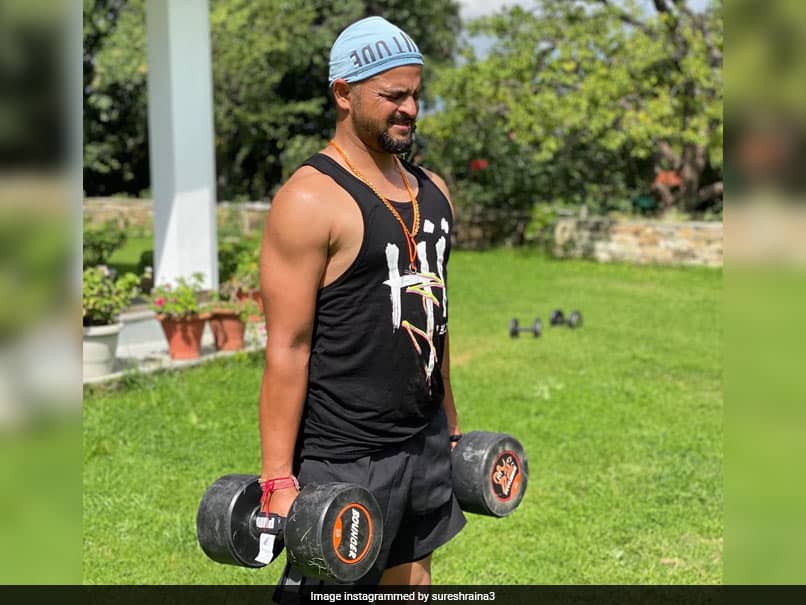 Suresh Raina had said that the fans can still expect him to don the CSK jersey at this year's IPL.© Instagram

Suresh Raina, who returned home after travelling with Chennai Super Kings to the United Arab Emirates, took to Instagram on Sunday to share a video of himself working out. In the video, Raina can be seen running at a picturesque location, featuring beautiful hills in the backdrop. The former India all-rounder also shared a picture along with the video, in which he can be seen working out with a couple of dumbbells. Raina used a few emojis while sharing the post with his fans on Instagram.

Last month, Raina flew back to India from the CSK camp in the UAE citing personal reasons.

After returning to his family, Raina, in an exclusive interview with NDTV, said that fans can still expect him to don the yellow jersey in this year's IPL.

"You never know, you might see me in the camp again. First, I have to take care of my responsibilities here and then am ready," Raina had said.

After coming back to India, there were rumours of a rift between Raina and CSK boss N Srinivasan. Clearing the air, the batsman said that Srinivasan is like a father figure to him and his comments were taken out of context.

The left-handed batsman had announced his retirement from international cricket soon after MS Dhoni decided to hang his boots on August 15.

On Sunday, the schedule for IPL 2020 was announced by the Indian cricket board. Three-time IPL champions CSK will face the defending champions Mumbai Indians in the tournament opener.

India Cricket Team Cricket IPL 2020
Get the latest updates on IPL 2021, IPL Points Table , IPL Schedule 2021 , live score . Like us on Facebook or follow us on Twitter for more sports updates. You can also download the NDTV Cricket app for Android or iOS.