How Come No India A Or Under-19 Tour During IPL: Sunil Gavaskar Questions BCCI

Sunil Gavaskar has questioned the need for the India A team to be touring New Zealand at the same time as the senior side, saying it should not be the case with the Ranji Trophy being on 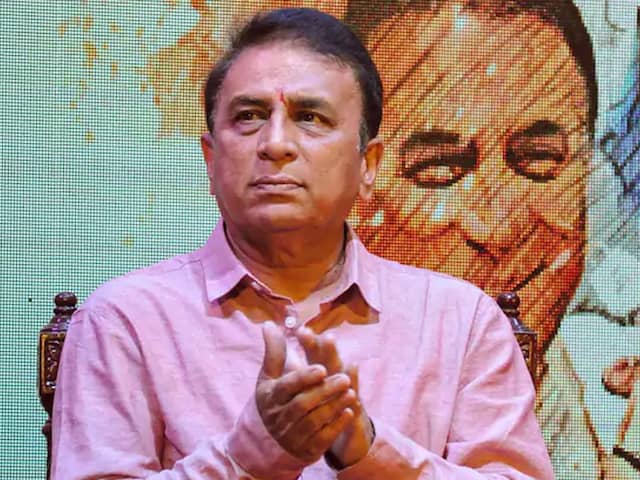 Sunil Gavaskar said that it has been clear for a few years now that Ranji Trophy doesn't mean much.© PTI

Batting great Sunil Gavaskar has questioned the need for the India A team to be touring New Zealand at the same time as the senior side, saying it should not be the case with the Ranji Trophy being on. The former captain also pointed out that this is never the case when the Indian Premier League (IPL) is on. "Burnout is a word that was bandied about quite a lot at the start of the century but as soon as the IPL took off nobody, especially the so-called protector of cricketers rights FICA (Federation of International Cricketers' Associations) has uttered the word again. That the national championship doesn't mean much has been clear for a few years now that the IPL is here and it's been emphasized once again by the way the Ranji Trophy has been devalued with the best talent out of the country," Gavaskar wrote in his column for Mid-day.

"One can understand the national team being out as it's a bilateral commitment in line with the ICC FTP but to have the India A team also out touring at the same time means that most Ranji Trophy teams are well below strength," wrote Gavaskar.

Gavaskar added that with the U-19 World Cup also underway in South Africa, the Ranji teams are deprived of their promising players also as they strive to make it to the knockouts.

"There is the ICC under-19 World Cup going on too, so a host of promising youngsters who bring in excitement and fresh energy and outlook are not playing the national championship at a time when their state teams need them to qualify for the knockouts.

"The argument that having an A team touring the country where the national team is playing makes it easy for any replacements who will be ready and acclimatised if needed by injury to the senior team, is a specious argument," added Gavaskar.

The original 'Little Master' gave the example of other teams not doing the same, adding why no teams are sent abroad during the IPL.

"Look at the programme of the A teams of other countries and you will find that they tour overseas only when their domestic season is not on. How come there is no 'A' tour or under-19 tour during the two months of the IPL?

"I may be old fashioned in thinking Indian cricket is a sum of club, schools, college junior cricket, corporate cricket along with first-class cricket of course. There are also the fans, the media, the corporate sponsors who have made Indian cricket what it is. It is the solemn duty of the administrators to nurture all this for the Indian national team to continue to be the magnificent team it is today and always," he said.

Gavaskar also praised the Virat Kohli-led side for adapting so quickly in New Zealand despite flying in late just after the home Australia ODI series.

India have taken a 2-0 lead in the five-match T20I series and next play on Wednesday in Hamilton.

"The character of the team came through with another superlative performance to chase down more than 200 and that too with an over to spare," he said of the first match.

India U19 BCCI Cricket
Get the latest Cricket news, check out the India cricket schedule, Cricket live score . Like us on Facebook or follow us on Twitter for more sports updates. You can also download the NDTV Cricket app for Android or iOS.