Stuart Broad, who gained the number one spot in the world Test rankings, has not played international limited overs cricket since last year's World Cup. 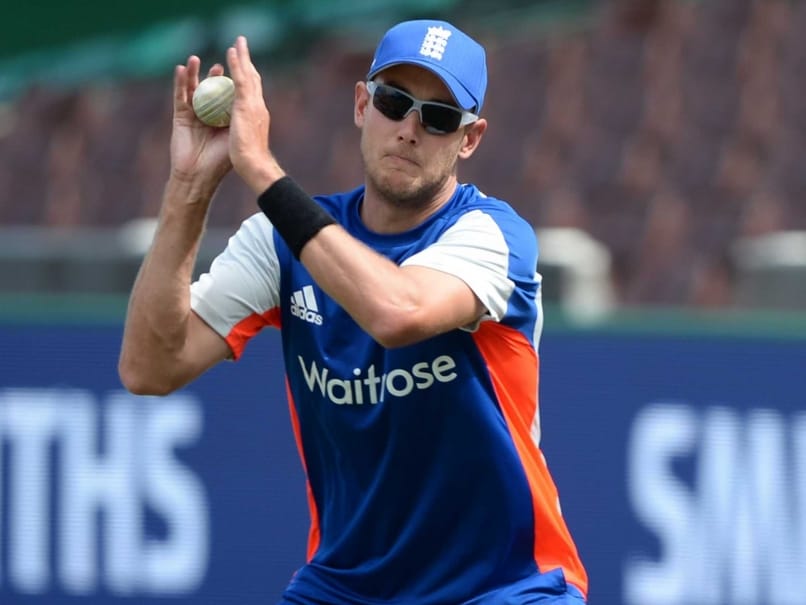 Stuart Broad has been included in England's squad for the upcoming five-match one-day series against South Africa.© AFP

Stuart Broad has been added to England's squad for next month's one-day international series in South Africa as a replacement for the injured Liam Plunkett, the England and Wales Cricket Board announced Friday. (Stuart Broad Takes Over Top Spot From Ravichandran Ashwin in ICC Test Rankings)

Nottinghamshire paceman Broad, who gained the number one spot in the world Test rankings after his stunning six for 17 saw England to a series-clinching win in the third Test against South Africa in Johannesburg last week, has not played international limited overs cricket since last year's World Cup in Australia and New Zealand.

Yorkshire quick Plunkett was himself a replacement for Steven Finn after the Middlesex fast bowler suffered a side strain. (Johannesburg Test: Stuart Broad Bowls England to Series Victory Over South Africa)

But Plunkett has now been diagnosed with a thigh injury and will remain with the second-string England Lions for the rest of their series against Pakistan A in the United Arab Emirates.

Broad, currently taking part in the ongoing fourth and final Test against South Africa at Centurion, has been included in England's squad for the upcoming five-match one-day series but not the two Twenty20 internationals against the Proteas.

England hope that Plunkett will be fit enough for the Twenty20 games.

That suggests they are reluctant to take Broad to the World Twenty20 in India in March in a bid to manage his workload ahead of home Test series against Sri Lanka and Pakistan later this year.

But the 29-year-old Broad, however, has made it clear he wants to represent England in all three forms of international cricket.

"You have a short career and I'm not going to play until I'm 37 or 38, so I want to play as much cricket as I possibly can."

Comments
Topics mentioned in this article
England Cricket Team South Africa Cricket Team Stuart Broad Liam Plunkett Steven Finn Cricket
Get the latest updates on India vs Australia Series, check out the India vs Australia Schedule for 2020-21 and Ind vs Aus live score . Like us on Facebook or follow us on Twitter for more sports updates. You can also download the NDTV Cricket app for Android or iOS.