Steve Smith got out trying to play an upper-cut off Marcus Stoinis bouncer after scoring his slowest-ever first-class century. 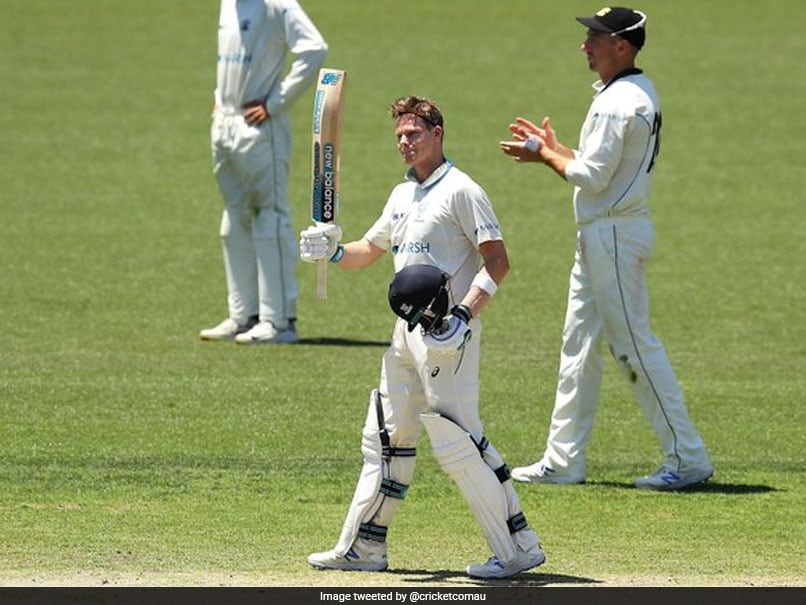 Steve Smith registered his slowest-ever first-class century during a Sheffield Shield game against Western Australia at Sydney Cricket Ground on Tuesday. However, what stole the headline was his "bizarre dismissal" as he got out trying to play an upper-cut off a Marcus Stoinis bouncer. Steve Smith, playing for New South Wales (NSW), took 290 deliveries to reach his 42nd century in first-class cricket. Praising Smith's hard-earned knock, Cricket Australia tweeted, "Remarkable! A week after his jaw dropping T20 knock against Pakistan, Steve Smith has scored the slowest first-class century of his career #SheffieldShield".

NEVER tell Steve Smith he has to stop batting!

With his patient knock, the 30-year-old batsman issued warning to the Pakistani bowlers -- who were wreaking havoc in the ongoing three-day practice match with Australia A -- ahead of the upcoming two-Test series, starting November 21.

After reaching the three-figure mark, Smith couldn't stretch his innings for long and fell on 103 runs after facing whooping 295 balls. His knock was studded with 11 boundaries, including two hits over the fence.

He got out trying to play an upper-cut off Stoinis' delivery and was caught by Western Australia wicket-keeper Josh Inglis who was standing up to the stumps. The umpire ruled in bowler's favour, bringing an end to Smith's marathon innings.

However, Smith was not very happy walking back to the pavilion and clearly shook his head in disagreement with umpire's decision.

But before departing Smith's century had ensured that his side get to a massive first-inning total.

Marcus Stoinis Cricket
Get the latest updates on India vs South Africa and check out  Schedule, Results and Live Score. Like us on Facebook or follow us on Twitter for more sports updates. You can also download the NDTV Cricket app for Android or iOS.