Steve Smith hit back at Ian Chappell after the former Australia captain accused him of undermining current skipper Tim Paine. 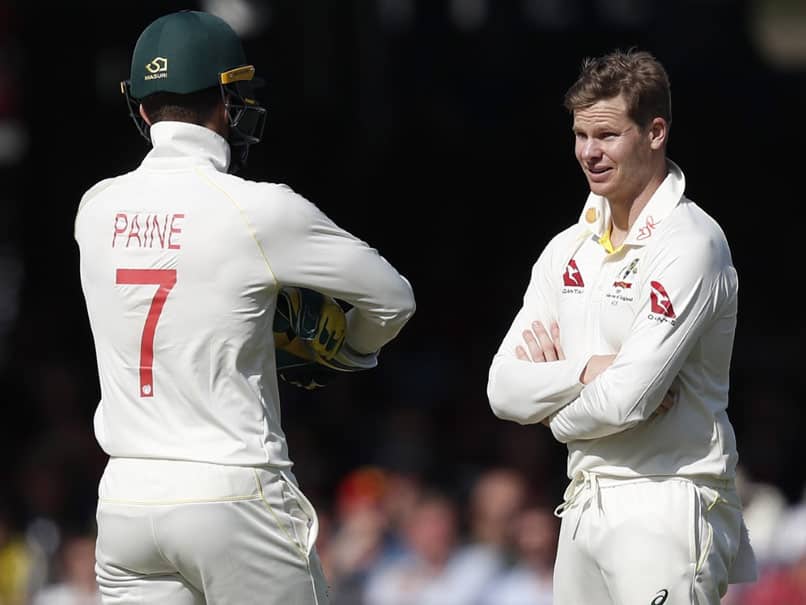 Steve Smith could only manage 40 runs from two innings against Pakistan.© AFP

Steve Smith has hit back at former Australia captain Ian Chappell after the latter accused Steve Smith of undermining current skipper Tim Paine. Ian Chappell on Monday had expressed his disliking for Steve Smith's actions on the field as the 30-year-old was seen making field changes during the second Test against Pakistan in Adelaide. Steve Smith, in his defence, has said that his main focus on the field was to make sure that Australia as a team did well. "I only try and help Tim as much as I can," Steve Smith was quoted as saying by Daily Mail.

"He's (Tim Paine) doing a terrific job, but I give him suggestions and things like that. I only want the team to do well. I'm certainly not undermining him," Smith added.

The number one ranked Test batsman failed to weave his magic as Australia's top three did the bulk of scoring against Pakistan in the recently concluded Test series.

"I always hate not being out there but great to see boys play so well and set us up for two great victories," Smith said.

In the series, Smith could only manage four runs in the first Test and 36 in the second match.

With the ball, Mitchell Starc was the wrecker-in-chief, picking up 14 wickets in the series.

Steven Smith Ian Michael Chappell Tim Paine Cricket
Get the latest updates on India vs England Series, India vs England , live score and IPL 2021 Auction . Like us on Facebook or follow us on Twitter for more sports updates. You can also download the NDTV Cricket app for Android or iOS.