Angelo Mathews will miss the second and final Test against the hosts as well as the two T20 matches that follow. 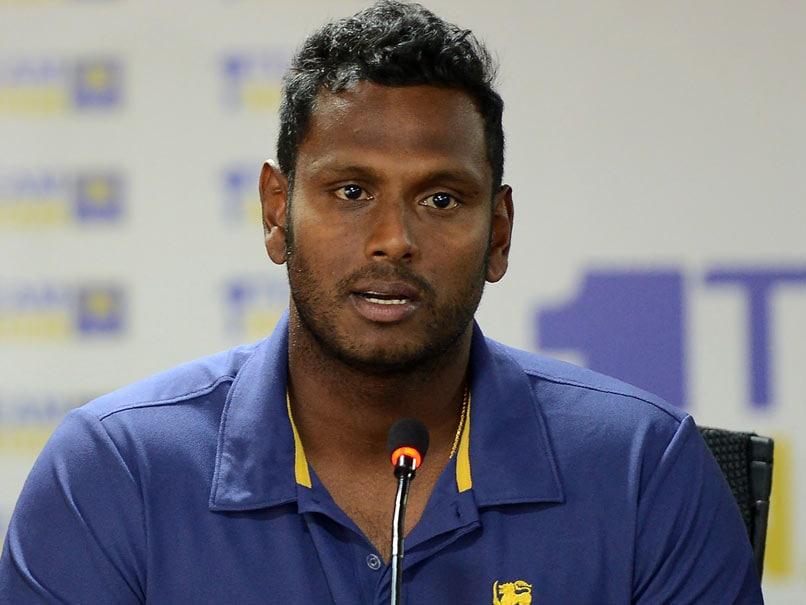 Sri Lanka's limited-overs captain Angelo Mathews has been ruled out of the remainder of the Bangladesh tour due to a hamstring injury, reports said on Tuesday. Mathews, who picked up the injury during the tri-nation ODI tournament that Sri Lanka won in Bangladesh last month, will miss the second and final Test against the hosts as well as the two T20 matches that follow. Mathews, 30, was recently named as Sri Lanka's captain in the shorter format until the 2019 World Cup. But he has been beset by injuries and now faces a race against time to be fit for a T20 tri-nation tournament at home involving Bangladesh and India. The tri-series will be played at Colombo's R Premadasa Stadium from March 8.

"We don't want to risk Angelo for just two games (in Bangladesh). Our plan is now to bring him for next month's tri-nation Nidhas Trophy at home," Sri Lanka chief selector Graeme Labrooy was quoted as saying by Cricbuzz website.

Thisara Perera is likely to stand in as captain for the two T20 games in Bangladesh slated for February 15 and 18.

Mathews' absence from the deciding Test starting Thursday is unlikely to trouble Sri Lankan plans given their dominant batting performance in the drawn first game in Chittagong.

Sri Lanka's top-order fired in their only innings, with three of their batsmen hitting centuries including a fine 196 by Kusal Mendis to post a mammoth 713-9 declared.

Bangladesh have already indicated a change in strategy for the deciding game after adding strength to their batting by bringing in Sabbir Rahman.

Comments
Topics mentioned in this article
Sri Lanka Cricket Team Bangladesh Cricket Team Angelo Mathews Cricket
Get the latest updates on ICC Women's Cricket World Cup 2022 and IPL 2022, check out the Schedule , Live Score and IPL Points Table. Like us on Facebook or follow us on Twitter for more sports updates. You can also download the NDTV Cricket app for Android or iOS.