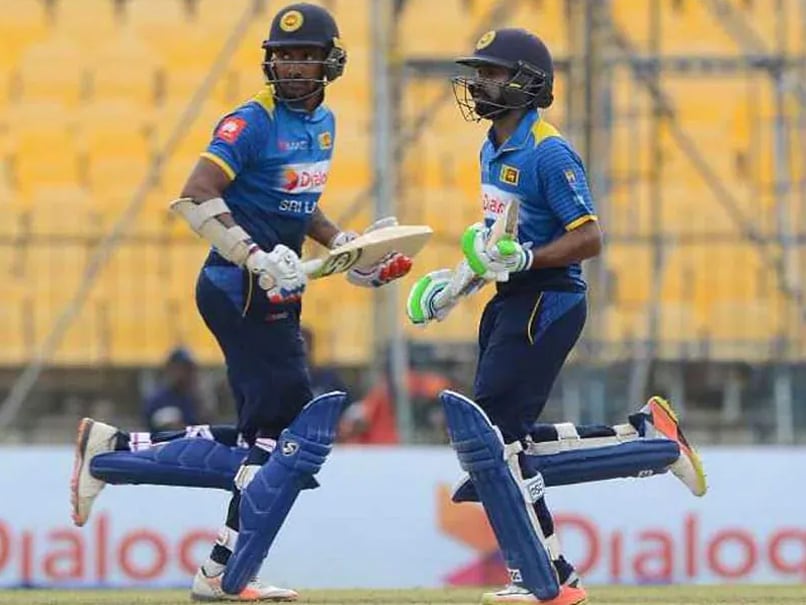 Niroshan Dickwella and Danushka Gunathilaka were called home after breaching the bio-bubble in England.© AFP

Sri Lanka Cricket (SLC) has announced the appointment of a five-member panel to inquire into the alleged misconduct of three players, namely Kusal Mendis, Dhanushka Gunathilake, and Niroshan Dickwella while touring England. The panel members are: Justice Nimal Dissanayaka (Retd Judge of the Supreme Court of Sri Lanka), Panduka Keerthinanda, Attorney-at-Law, Asela Rekawa, Attorney-at-Law, Uchitha Wickremasinghe, Attorney-at-Law and Major General (Retd) MRW De Zoysa. "The three players were suspended, from all forms of cricket, until the completion of the inquiry," SLC said in an official statement.

Earlier, SLC had suspended Niroshan Dickwella, Kusal Mendis, and Danushka Gunathilaka for breaching the bio-bubble in the UK.

The cricketers first came under the scanner after a video emerged on social media showing them out in a public space in Durham.

The trio admitted to breaching the team's bio-secure environment and they were flown home immediately from England.

"The players have been suspended pending a full inquiry, but have confessed to having gone out," ESPNcricinfo quoted SLC Vice President Mohan de Silva as saying.

Sri Lanka failed to win a single match on their tour to England after they suffered a 3-0 defeat in T20Is and a 2-0 loss in the ODI series.

Now, the Island Nation will play against India in three ODIs and three T20Is.

Kusal Mendis Niroshan Dickwella Sri Lanka vs India, 2021 Cricket
Get the latest updates on ICC T20 Worldcup 2022 and CWG 2022 check out the Schedule, Live Score and Medals Tally. Like us on Facebook or follow us on Twitter for more sports updates. You can also download the NDTV Cricket app for Android or iOS.