South Africa's batsmen came up with a strong response after Sri Lanka posted their highest-ever score in the country on Day 2 of the 1st Test. 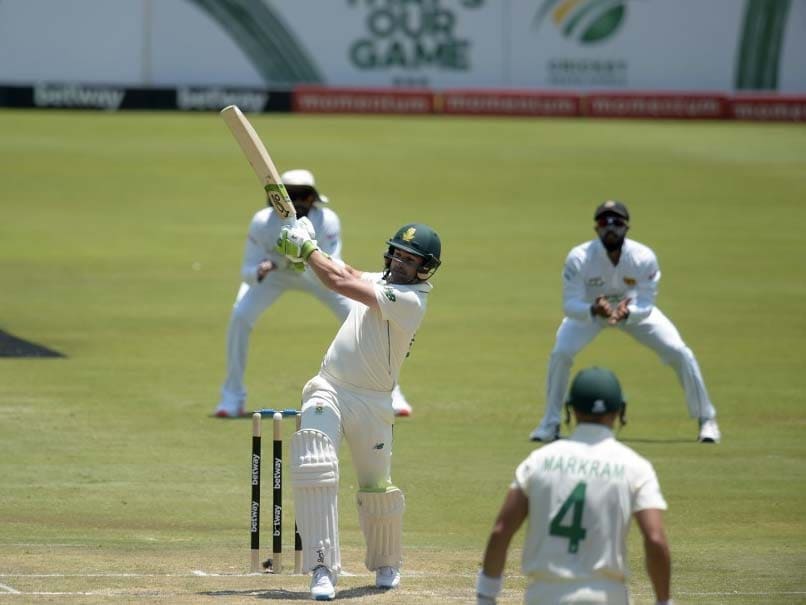 South Africa's batsmen scored freely against a depleted Sri Lankan bowling attack as the host nation fought back on the second day of the first Test at SuperSport Park in Centurion on Sunday. South Africa were 317 for four at the close in reply to Sri Lanka's first innings total of 396. Dean Elgar (95) and Aiden Markram (68) put on 141 for the first wicket, while former captain Faf du Plessis (55 not out) and Temba Bavuma (41 not out) added an unbeaten 97 for the fifth wicket as the hosts scored at better than four runs an over.

Sri Lanka went into the match without leading fast bowler Suranga Lakmal because of a hamstring strain and suffered a major blow when opening bowler Kasun Rajitha limped off the field with what appeared to be a groin injury after bowling one ball in his third over.

Sri Lanka were already without batsman Dhananjaya de Silva who was ruled out of the rest of the series after suffering a grade two tear in his left thigh which forced him to retire hurt after scoring 79 on Saturday.

With De Silva also a capable off-spin bowler, the tourists were reduced to a four-man attack, which included Dasun Shanaka, bowling at a gentle medium pace, and debutant leg-spinner Wanindu Hasaranga.

As had been the case with the inexperienced South African bowlers, the Sri Lankans struggled to find consistency and the batsmen took advantage of some loose bowling, striking a total of 48 boundaries in 72 overs.

Earlier, Shanaka hit an aggressive 66 not out before South African new cap Lutho Sipamla wrapped up the Sri Lankan innings by taking three wickets in 11 balls.

Shanaka, 29, playing in his first Test in more than three years, and with a previous highest score of 17 in three appearances, hit three fours and five sixes in his 87-ball innings.

Shanaka capitalised on some loose bowling, particularly by fast bowler Anrich Nortje, who conceded 28 runs in four overs as well as twice bowling bouncers which sailed over wicketkeeper De Kock's head for four byes. Shanaka reached his fifty with a pull for six off Nortje and two balls later slashed Nortje for another six over third man.

Rajitha provided stoic support to Shanaka as the pair took their overnight partnership to 67 before a double bowling change led to the remaining wickets falling quickly.

Sipamla, who conceded 38 runs in his first five overs on Saturday, finished with four for 76 off 16 overs.

Sri Lanka's total far exceeded their previous highest in a Test innings in South Africa, 342 in Cape Town in 2011/12.

Faf du Plessis Dasun Shanaka Cricket
Get the latest updates on SA vs IND 2021-22, check out the Schedule and Live Score . Like us on Facebook or follow us on Twitter for more sports updates. You can also download the NDTV Cricket app for Android or iOS.