South Africa vs England: The player has now been isolated from the rest of the team and has been moved to separate, appropriate accommodation with immediate effect. 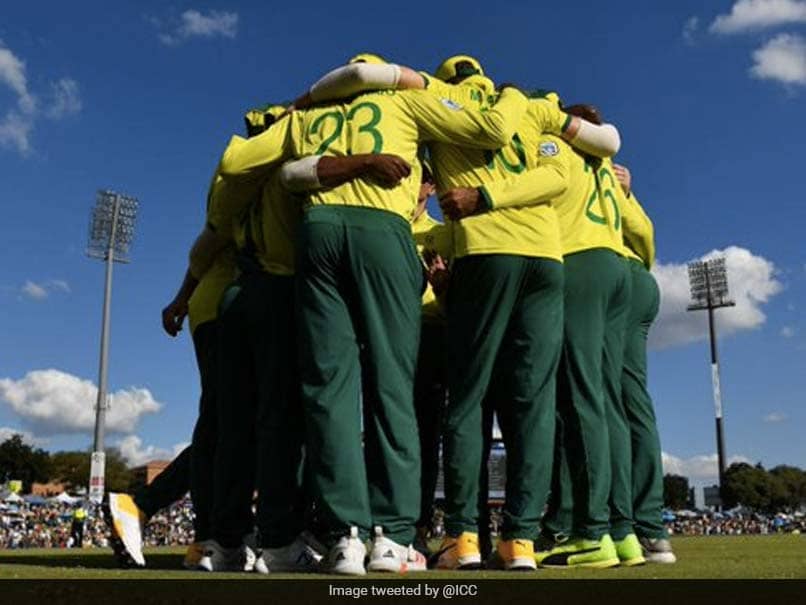 England and South Africa are slated to lock horns in three ODIs and three T20Is.© Twitter

Cricket South Africa has confirmed that one more player has tested positive for COVID-19, after the second mandatory round of testing ahead of the limited-overs tour against England. The player has now been isolated from the rest of the team and has been moved to separate, appropriate accommodation with immediate effect. The team's medical and support staff will monitor the player to ensure his physical health and mental well-being. CSA has not revealed the identity of the player who has tested positive for COVID-19.

"Team management and Cricket South Africa (CSA) are in close communication with their counterparts from the England Cricket Board (ECB) to ensure full transparency and the most responsible plan of action going forward," CSA said in an official release.

CSA also clarified that the inter-squad practice match that was scheduled for Saturday, 21 November has been cancelled. The two players - Marco Marais and Stefan Tait who were called up to the camp to assist the team in their preparation for the practice match after the results of the first COVID-19 testing on Monday were released, will no longer be joining the team.

Earlier, on Wednesday, CSA had confirmed that one player tested positive for COVID-19 and as a result, three players were put into self-isolation as a precautionary measure.

England and South Africa are slated to lock horns in three ODIs and three T20Is. The first T20I will be played on Friday, November 27 at Cape Town.