South Africa vs England: Opener Dom Sibley and captain Joe Root scored fifties as England stretched their lead to 264 at stumps on Day 3 of the second Test against South Africa. 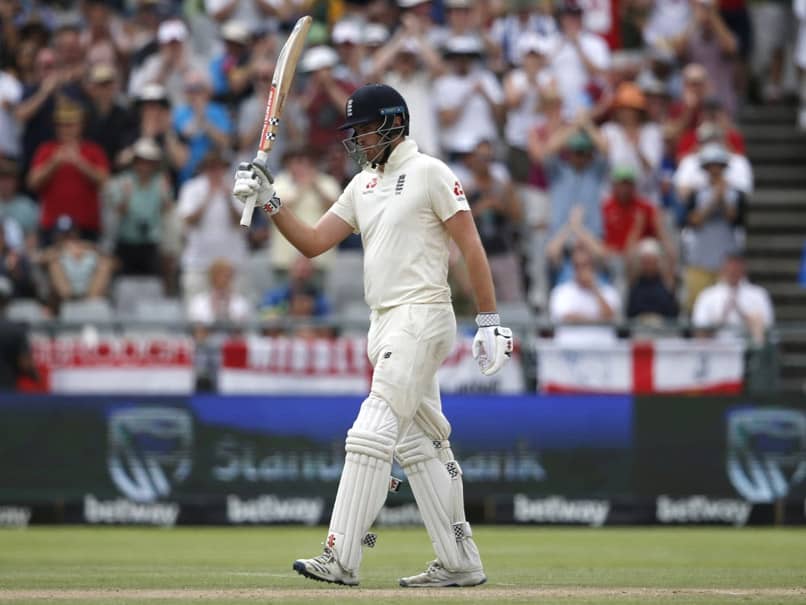 South Africa vs England: Dom Sibley was unbeaten on 85 runs at stumps on Day 3.© AFP

Opener Dom Sibley and captain Joe Root scored fifties as England stretched their lead to 264 and remained in the driver's seat at stumps on Day 3 of the second Test against South Africa at Newlands, Cape Town on Sunday. Sibley remained unbeaten on 85 from 222 balls, his innings laced with 13 fours while Root scored 61 off 98 deliveries (7x4) before Dwaine Pretorius got his wicket close to end of day's play. At close, England were 218/4 after James Anderson took five wickets, his 28th five wicket haul, to bowl South Africa out for 223 in the first innings. England had scored 269 in their first essay.

Sibley and Root shared a 116-run stand for the third wicket before Sibley and Joe Denly (31) stitched together 73 runs for the second wicket after England lost Zak Crawley early (25). For the hosts, Anrich Nortje grabbed two wickets while Kagiso Rabada snared one.

Earlier, resuming on 215/8, Anderson completed a five-wicket haul and Ben Stokes set an England catching record at the start of the day when South Africa were bowled out for 223, giving England a first innings lead of 46.

Anderson scalped both South Africa's remaining wickets as the hosts were bowled out for 223, adding only eight runs to their overnight score.

Allrounder Stokes set an England Test record for a fielder when he held his fifth catch of the innings to remove last batsman Nortje off Anderson's bowling.South Africa currently lead the four-match series 1-0 after winning the first Test in Centurion by 107 runs.

Kagiso Rabada Newlands, Cape Town Cricket
Get the latest updates on IPL 2021, IPL Points Table , IPL Schedule 2021 , live score . Like us on Facebook or follow us on Twitter for more sports updates. You can also download the NDTV Cricket app for Android or iOS.