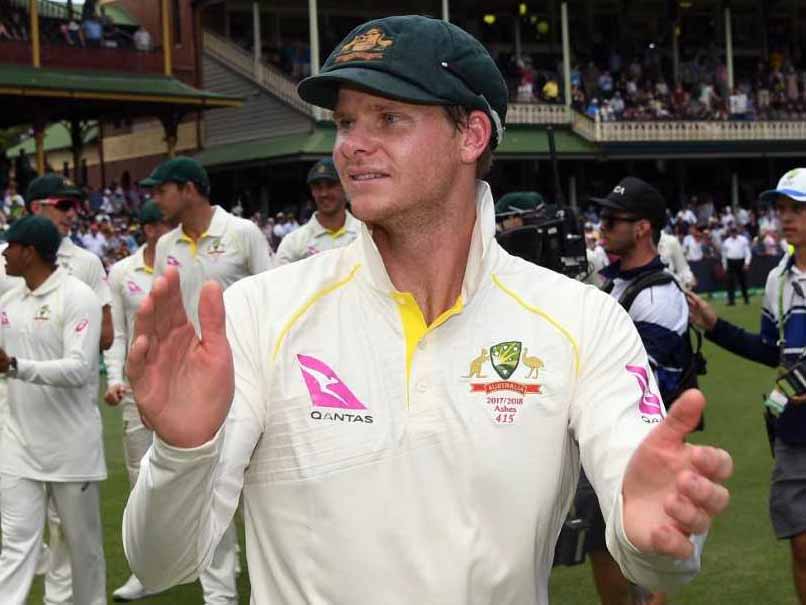 Smith said he expected his bowlers to "go down a similar path" in South Africa.© AFP

A refreshed Australia captain Steve Smith is looking forward to the challenge of taking on South Africa's fast bowlers in a four-Test series starting in Durban on March 1. His sentiment may not be shared by the tailenders of both teams, though. When Australia beat England 4-0 in their recent home Ashes series, the tourists' lower order was blown away by aggressive short-pitched bowling from pace trio Mitchell Starc, Josh Hazlewood and Pat Cummins.

Smith said on Saturday he expected his bowlers to "go down a similar path" in South Africa, even though the hosts have the firepower to hit back through Kagiso Rabada, Morne Morkel and new find Lungi Ngidi.

"I think it's great. I'm excited by it. You love coming up against the best bowlers around the world.

"The batters should be looking forward to this series. You love coming up against good pace. I think it's going to be a fantastic series for the viewers to watch."

Smith took a break from cricket after a one-day series against England at the end of January. He said he realised he needed the rest when he didn't even want to pick up a bat.

"But five or six days ago I wanted to do it again," he said.

Smith said he was aware of Australia's proud record of not having lost a Test series in South Africa on seven tours in the modern era.

"It means a lot. Coming to South Africa you have the most similar conditions to Australia. This is going to be a good challenge to keep that record up."

The Australian captain said a series defeat at home to South Africa in November 2016 had been a low point for Australian cricket.

"It'll be great if we can turn the tide here in South Africa."

The Australians will play against South Africa A in a three-day match starting in Benoni on Thursday before moving on to Durban to prepare for the first Test.

Comments
Topics mentioned in this article
Australia Cricket Team South Africa Cricket Team Steven Smith Cricket
Get the latest updates on IPL 2020, check out the IPL Schedule for 2020 and Indian Premier League (IPL) Cricket live score . Like us on Facebook or follow us on Twitter for more sports updates. You can also download the NDTV Cricket app for Android or iOS.