"In Next 3 Lives": Sourav Ganguly Wishes To Do This In India Colours

Former India captain Sourav Ganguly posted his biggest desire in his "next 3 lives" and this is something his fans too would wish for. 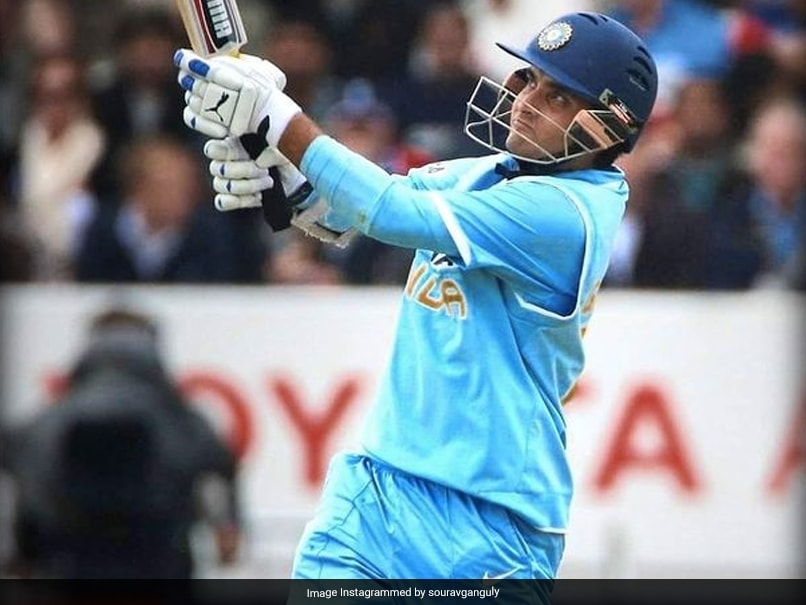 Former India captain and the current Board of Control for Cricket in India (BCCI) president, Sourav Ganguly, posted an image on his social media handles and wished he could do this in his "next 3 lives". Ganguly shared a picture of himself in India colours, playing a classic lofted shot and captioned the post, "Wish I can do this for the next 3 lives." Ganguly, who retired from all forms of international cricket in 2008, played his last One-day International for India in November 2007 against Pakistan.

In his long and illustrious career, Ganguly represented the national team in 311 ODI's. He scored 11,363 runs at an average of 40.73, including 22 hundreds and 72 fifties. He also claimed 100 wickets in the process.

He is considered to be the captain who inculcated the philosophy of taking the fight to the opposition camp within the India team, something that had a positive effect on the team's performances abroad in years to come.

Ganguly also played in 59 Indian Premier League (IPL) matches, where he scored 1349 runs at a strike-rate of over 106 for Kolkata Knight Riders (KKR) and Pune Warriors India (PWI) franchises.

Earlier this year, Ganguly was diagnosed with ''triple vessel disease'' after suffering a mild heart attack. Resultantly, a stent inserted in a coronary artery. He was discharged after five days in the hospital.

Within a month, he underwent a successful angioplasty where two more stents were inserted.

Kolkata Knight Riders Sourav Ganguly Cricket Pune Warriors India
Get the latest updates on India vs South Africa and check out  Schedule, Results and Live Score. Like us on Facebook or follow us on Twitter for more sports updates. You can also download the NDTV Cricket app for Android or iOS.