BCCI president Sourav Ganguly on Wednesday recalled the historic Test victory against Australia at Eden Gardens in Kolkata in 2001. 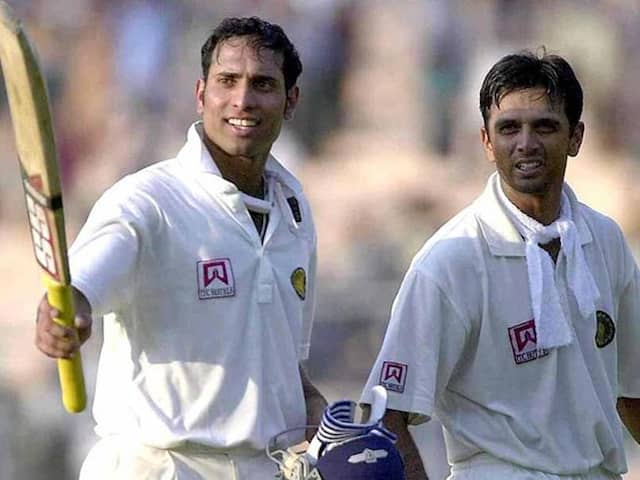 Former Indian captain and Board of Control for Cricket in India (BCCI) president Sourav Ganguly on Wednesday recalled the historic Test victory against Australia at Eden Gardens in Kolkata in 2001. A user had shared the celebratory moments from the 2001 Test. On that post, Ganguly commented, "What a win." In that Test, India clinched a 171-run win over Australia and became the third team in the history of Test cricket to win a match after being forced to follow-on.

Australia had made 445 in their first innings, courtesy Steve Waugh's brilliant hundred.

However, it was Indian spinner Harbhajan Singh who stole the show at Kolkata with his spectacular seven wickets, including the first hat-trick in India's Test history.

In its first innings, India folded for 171 runs and were asked to follow-on by Australia.

The Sourav Ganguly-led side played cautiously in the second innings and lost three wickets for 115 runs.

India lost Ganguly in the 67th over of the innings, with the side getting reduced to 232/4.

Rahul Dravid joined VVS Laxman in the middle. The next 104 overs were a nightmare for the Aussies as the Indian duo stitched a 376-run stand to revive the innings and helped the team stage a dramatic comeback in the match.

India gave a target of 384 runs to Australia. However, the Waugh-led side were not able to achieve the target and bowled out for 212, handing India a massive win.

Harbhajan was again the pick of the Indian bowlers as he scalped six wickets.

The Eden Gardens Test is best remembered for India''s miraculous revival in the second innings and Laxman's knock of 281 runs, which was one of the most marvellous innings played in the modern era.