Mohammed Siraj's father died on Friday, with the cricketer in Sydney at that time along with the rest of the Indian team for the tour of Australia. 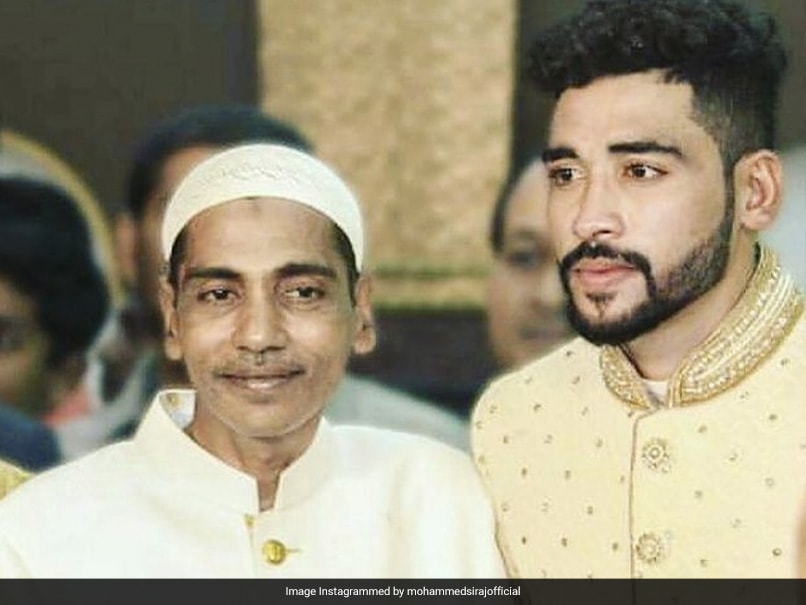 Mohammed Siraj is in Sydney with the Indian squad for the upcoming series vs Australia.© Instagram

Board of Control for Cricket in India (BCCI) President and former India captain Sourav Ganguly expressed his condolences, following the death of Mohammed Siraj's father. The fast-bowler's father died on Friday, with Siraj in Sydney along with the rest of the Indian squad for the upcoming tour of Australia. May Mohammed siraj have a lot of strength to overcome this loss..lots of good wishes for his success in this trip.. tremendous character @bcci," read the tweet from the BCCI President.

May Mohammed siraj have a lot of strength to overcome this loss..lots of good wishes for his success in this trip.. tremendous character @bcci

Siraj was last seen in action during the recently-concluded 13th edition of the Indian Premier League (IPL). The 26-year-old was part of the Royal Challengers Bangalore (RCB) squad, drawing praise for his performance in a league match against Kolkata Knight Riders (KKR). The pacer picked three wickets while conceding 8 runs, during his spell of four overs in that game.

The Indian team's tour of Australia comprises of three ODI matches, the same number of T20I ties and four Tests. The first two ODIs will be held at the Sydney Cricket Ground, with the opening 50-over game scheduled to take place on November 27.

Opener Rohit Sharma will not be a part of the limited-overs leg of the series, due to concerns over his overall match fitness. Rohit sustained a hamstring injury during the IPL 2020 while representing champions Mumbai Indians (MI).

Skipper Virat Kohli will return home at the end of the first Test, after being granted paternity leave by the BCCI.

Kolkata Knight Riders Cricket
Get the latest updates on Fifa Worldcup 2022 and check out  Fifa World Cup Schedule, Stats and Live Cricket Score. Like us on Facebook or follow us on Twitter for more sports updates. You can also download the NDTV Cricket app for Android or iOS.