Who's going to be the next coach for Team India? - The nation wants to know! The Board of Cricket Control in India (BCCI) has been tight lipped and the cricket crazy public of India have been drawing conclusions from various media reports. Sourav Ganguly changed the way India played cricket. He took on the bullies and made his team fight like men. Can he do the same as coach? Team India's tryst with home-grown coaches haven't been a happy one.

Â Who's going to be the next coach for Team India? - The nation wants to know! (Ganguly Would do a Great Job as India Coach: Lee)

The Board of Cricket Control in India (BCCI) has been tight lipped and the cricket crazy public of India have been drawing conclusions from various media reports. (Ganguly Not Set for Long Role?)

From Justin Langer to Jason Gillespie to Wasim Akram - the speculations have linked almost every former star with the box-office job of Indian cricket.

Even Jurgen Klopp might turn out to be a contender!

However, the name that has made the most noise and stirred maximum interest is that of Sourav Ganguly. (Team India Coach to be Named by June 6: Thakur)

Dada, as Ganguly is fondly known amongst his fans and followers, has been an eternal favourite of the Indian public. They loved his towering sixes, they admired his lazy elegance through the off-side but what they loved most was the way he took off his Indian jersey and swung it over his head on the Lord's balcony.

There might be divided opinions on Ganguly, the batsman but the entire country bows down to the prowess of Dada, the leader.

Taking over a scandal-marred Indian side, this southpaw from Bengal, changed the way India played cricket. He took on the bullies and made his team fight like men. He got under the skin of Steve Waugh, looked eye-to-eye with Nasser Hussain and took Indian cricket to unbelievable heights.

A leader of men, Ganguly will be an instant hit as the boss of Indian cricket.

However, there's a small hitch. Indian cricket have never attained much glory under home-grown Indian coaches.

Here's a look at how the previous Indian coaches faired for Team India.

Perhaps the most successful Indian coach. Wadekar was at the helm of Indian cricket from 1992 to 1996. The man from Mumbai forged a formidable partnership with the then captain Mohammad Azharuddin and formulated a winning theory for India - hunt on spinning tracks!

Under him, India became an unbeatable force at home and on crumbling wickets, his spin troika - Anil Kumble, Rajesh Chauhan and Venkatpathy Raju - hunted down opponents at will.

However, his expertise fell short outside the subcontinent and during his tenure, India won just one Test away from home, that too in Sri Lanka. 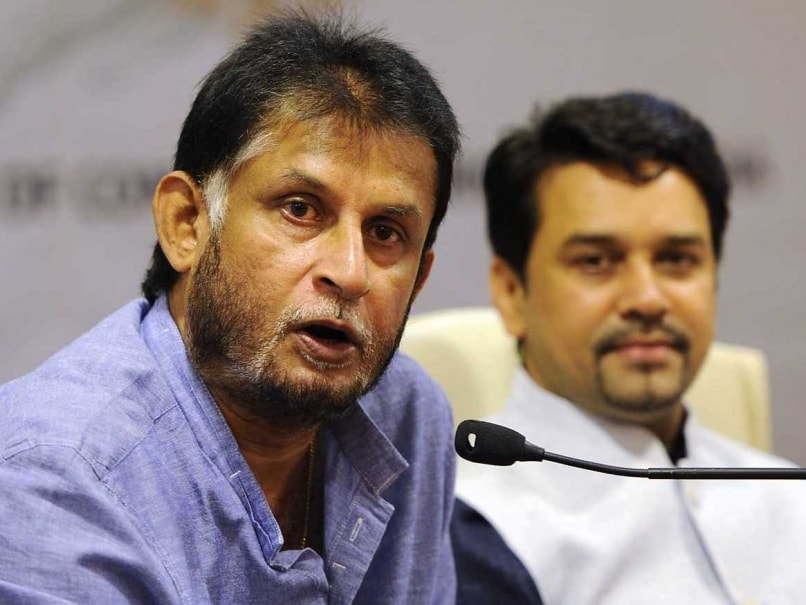 Sandeep Patil had forged a successful partnership with Sachin Tendulkar in 1996.

Another man from Mumbai, Patil took over during 1996. With Sachin Tendulkar as captain, he led India to the famous Sahara Cup victory over Pakistan in Toronto.

And that was it!

He couldn't match up to the personality of the big stars in the dressing room and was fired from the job that year itself.

If Patil hung on to his job for a few months, Madan Lal stayed put for a year. Under him, the Indian performances didn't light up the world and he lost his job exactly after a year.

He perhaps had the next best stats after Wadekar. The man from Baroda was handed the Indian team in 1997 and under him, India flourished. They decimated the Australians on home soil and the Tendulkar 'desert storm' also handed him the Sharjah Cup.

He again took charge of the side for two months as an interim coach after Kapil Dev's resignation. 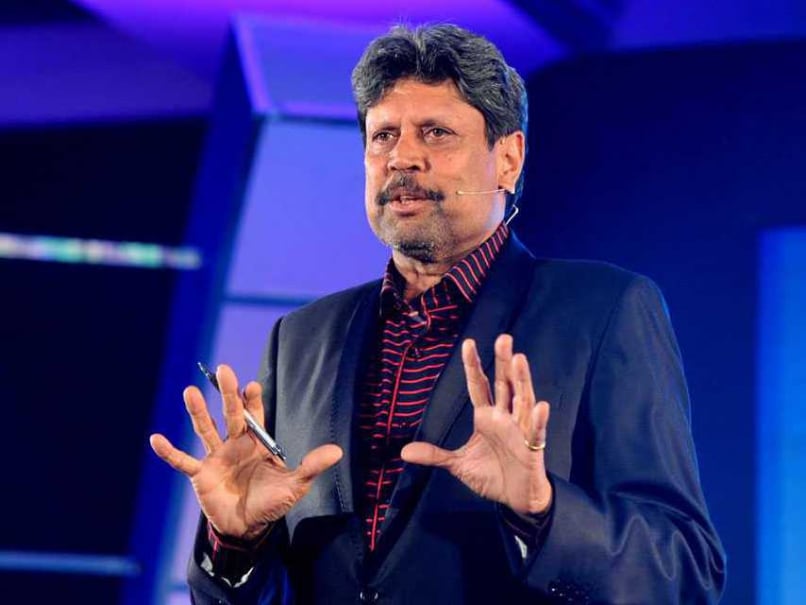 Kapil Dev could not live up to his reputation when he was named India coach.

The most high-profile Indian coach and also perhaps the biggest flop.

Kapil Dev, the Indian legendary all-rounder, was appointed the national cricket coach in September 1999. Sachin Tendulkar was re-appointed the captain and the dream team of two legends were supposed to take Indian cricket forward.

It all went pear-shaped from there on. India were handed severe defeats by Australia in Australia and then, by the visiting South Africans.Â  It was India's first home series loss in 12 years.

What happened next was even worse.

Tendulkar resigned as captain and the arm-band was handed over to Sourav Ganguly.

Thus began the reign of Dada and India never went back to an Indian coach since then.

In the year 2007, Lalchand Rajput did manage the MS Dhoni-led team to the T20 World Cup triumph but he wasn't a permanent fixture.

The baton passed over to Ravi Shastri a couple of times as well. First, he took over the side during the 2007 Bangladesh tour and then, was handed the position of Team Director during India's recent World Cup campaign. 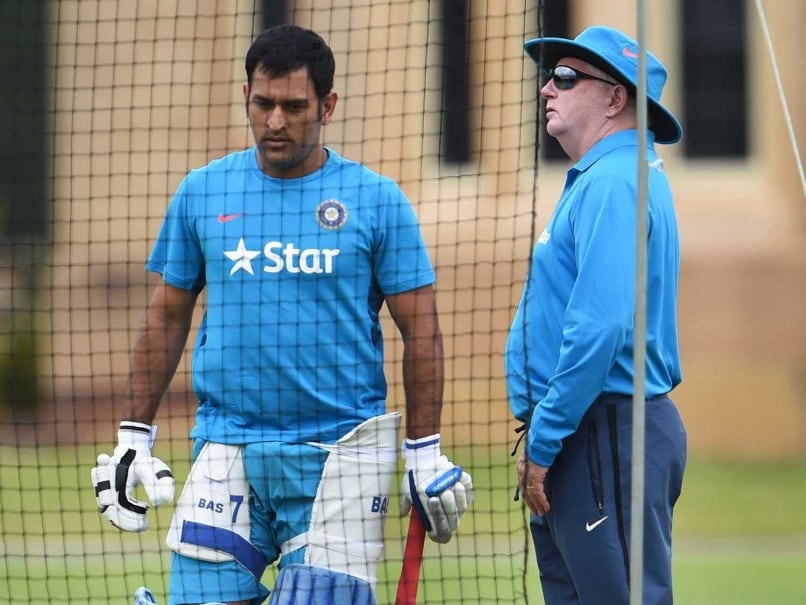 Duncan Fletcher was not very successful during his stint as India coach.

Duncan Fletcher is gone and now, India need a new face in charge. India marched ahead during the reign of John Wright and Gary Kirsten but took a couple of backward steps during the Fletcher-era.

Sourav Ganguly is a strong option, both as coach or a director - he's tactically shrewd, charismatic, has immense knowledge of the game and is well respected by the entire cricketing fraternity. He's knows how to lead a side and will only help India soar higher.

However in cricket, there's a big difference between a great captain and a great coach.

A captain owns the team, a coach is only a support cast and is often required to stay behind the curtains. A coach should be a facilitator of ideas rather than an imposer of philosophies.

India's tryst with home-grown coaches haven't been a happy one. They have often been accused of favourtism and have failed to stand up to the superstars in the dressing room.

Ganguly will not play favourites and will be perhaps the biggest superstar in the dressing room. He comes with an aura and his persona will have an immense effect on the players but there's also a chance that his strong ways might dwarf the ideas of the captain.

Sourav Ganguly and Virat Kohli is a great combination - entertaining and explosive if it works. If it doesn't, it might blow up pretty bad.

The ball is in BCCI's court now.

Comments
Topics mentioned in this article
India Cricket Team Sourav Ganguly Ajit Laxman Wadekar Sandeep Madhusudan Patil Cricket
Get the latest Cricket news, check out the India cricket schedule, Cricket live score . Like us on Facebook or follow us on Twitter for more sports updates. You can also download the NDTV Cricket app for Android or iOS.