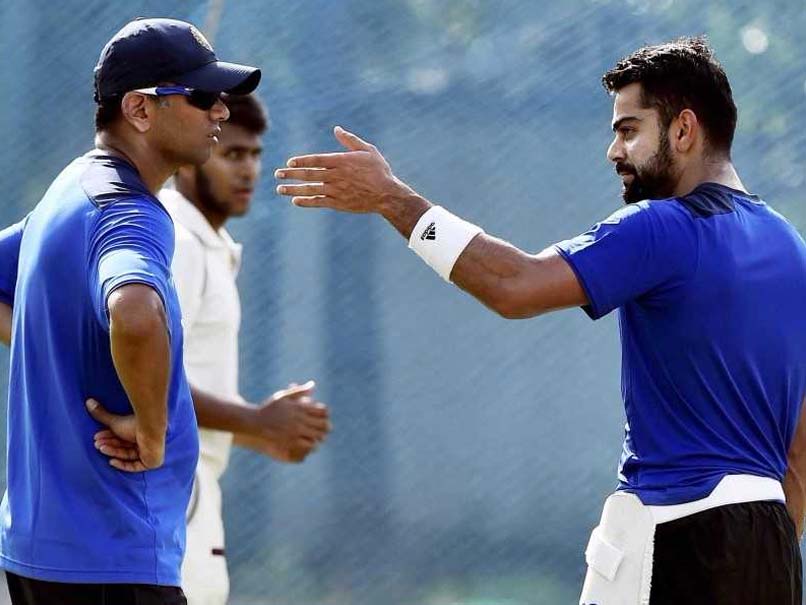 Former India captain Rahul Dravid on Sunday revealed that some of the pre-series statements made by Virat Kohli make him cringe. Speaking at the Bangalore Literature Festival, Dravid said that the Indian cricket team captain can sometimes come across as outrageous. However, the legendary batsman added that such an approach works for Kohli, helping him deliver consistently in big-match situations. "Virat sometimes comes across as outrageous and I cringe on reading his statements before a series. But if he can bring the best out of himself by needling the opposition, so be it," Dravid was quoted as saying by Times of India.

Dravid also said it was unfortunate how Anil Kumble's exit from Team India.

"It is unfortunate for a legend who was part of the highest number of winning Indian teams to see unceremonious departure. At the same time, it is quite common that coaches always get sacked. I also am the Under-19 Indian team coach. I may also be sacked," he said.

Kohli on Monday returned to the top of the ICC ODI rankings for batsmen after logging career-high rating points, going past the iconic Sachin Tendulkar in the process.

Kohli has moved back to the top within 10 days of losing it to South Africa batsman AB de Villiers after the rankings were updated following India's 2-1 home series win over against New Zealand.

The 28-year-old Delhi batsman, who scored 263 runs in the series, has reached 889 points, which is the best ever by an India batsman.

Kohli notched up his 32nd One-Day International (ODI) century on Sunday in the third and final ODI match between India and New Zealand at Green Park stadium, Kanpur.

The 28-year-old also became the fastest to score 9,000 ODI runs, reaching the landmark in 194 innings.

The stylish right-hander became the sixth Indian to achieve the milestone. Kohli tops the charts ahead of AB de Villiers, who achieved the landmark in 205 innings and former India captain Sourav Ganguly (228 innings).

Comments
Topics mentioned in this article
India Cricket Team Rahul Dravid Virat Kohli Cricket
Get the latest updates on IND vs NZ 2021, check out the Schedule and Live Score . Like us on Facebook or follow us on Twitter for more sports updates. You can also download the NDTV Cricket app for Android or iOS.