Rohit Sharma was the top scorer for India with 147 runs while captain Virat Kohli slammed 113 to cross the milestone of 9,000 ODI runs. 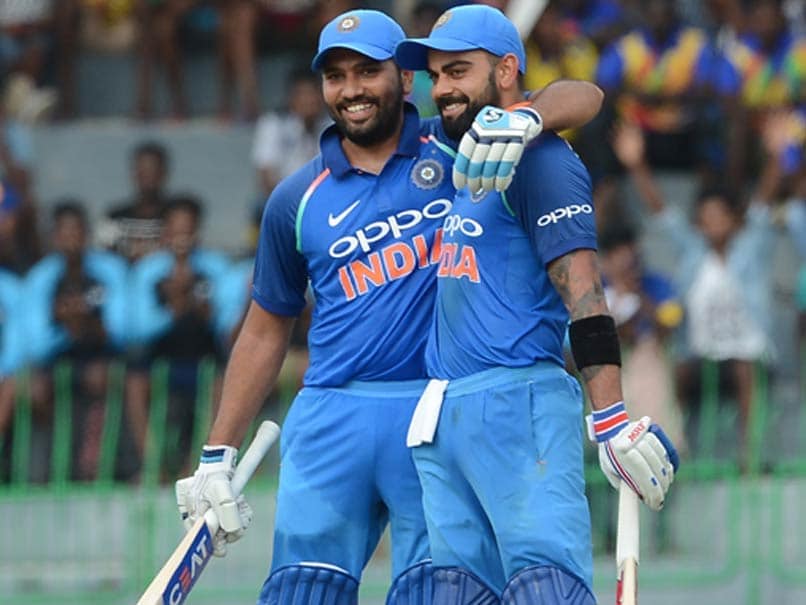 Rohit Sharma on Sunday smashed a brilliant century to help set up India's thrilling series win over New Zealand at the Green Park Stadium in Kanpur. Rohit was the top scorer for India with 147 runs while captain Virat Kohli slammed 113 to cross the milestone of 9,000 ODI runs. Rohit struck his 15th century in ODIs, the fifth of this year and the first against New Zealand. Kohli slammed his 32nd ton and the fifth against the visitors to help India score the highest total in 15 ODIs in Kanpur. His knock comprised of some breath-taking shots, none more so than the one he played in the 10th over off Adam Milne's bowling. The right-hander's short-arm pull on a delivery bowled at 85 mph even left the India captain awestruck.

After the batsmen had done their job, the Indian bowlers held their nerve in the death overs to help beat the Kiwis by six runs. The Men in Blue thus clinched the three-match ODI series 2-1.

New Zealand fell agonisingly short after managing 331 for seven in their allotted 50 overs. Colin Munro (75), skipper Kane Williamson (64) and Tom Latham (65) were the major contributors for the Black Caps.

New Zealand needed 15 runs off the last over. Kohli's decision of giving the ball to the death-over specialist Bumrah worked perfectly for India as the right-arm pacer hardly gave anything away.

Bumrah conceded just eight runs in the final over to deny Kiwis a series win.

Comments
Topics mentioned in this article
India Cricket Team New Zealand Cricket Team Virat Kohli Rohit Sharma India vs New Zealand Cricket
Get the latest updates on IND vs NZ 2021, check out the Schedule and Live Score . Like us on Facebook or follow us on Twitter for more sports updates. You can also download the NDTV Cricket app for Android or iOS.